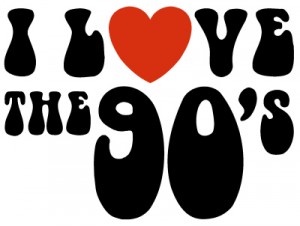 BOULDER, CO – The question of exactly when humanity was at it’s finest has been fiercely debated for decades now by people of all backgrounds from all over the world, and each of them have their own ideas of the answer. It’s certainly not an easy answer to find, though, that’s for sure. So much has happened throughout the lifetimes of our ancestors as well as our own, it would seem to be almost unfair to claim that one person’s generation was greater than another’s.

But that’s where science comes in.

Science has always been the unbiased, direct approach to finding resolutions to our problems, focusing solely on objective analysis and research instead of emotions or instinctive responses. That’s why it is with great pleasure, on behalf of Video Entertainment Analysis Group, to present the world with the scientific answer to this literally age-old question. After fourteen years of research, a secret team of history PhD’s and people with lab coats have finally uncovered the world’s defining decade: the 1990’s.

“So like, we went through all the Wikipedia pages for the previous decades, and it kinda told us what happened and stuff sorta, like for each ten years. We just kinda like, um, thought the 90’s were the coolest because I remember growing up in those years and I thought it was fun. When I was little I used to play Power Rangers with all the boys and they would share their GoGurts with me. Sucking the yogurt from the tube was something I did a lot as a kid. Oh, and some of the other scientist guys said there were good video games and stuff back then, but then they tried to rape me. Can I talk to someone in PR about this, Josh? They tried to rape me. I’m not a porn star anymore, I work for you, now! I even let you rub baby oil on m”

VEAG Public Relations asked us to cut off the message feed, because “Rape jokes aren’t funny,” but the majority of the findings are there. It’s obvious that when you look back, the ’90s were the most culturally relevant times in American history, and that means they were the most relevant times in the entire world’s history. Pokemon, Bill Clinton, the American television run of Dragon Ball Z, the Taco Bell dog…with accolades such as these, it’s no surprise that those short ten years would set the standards for human happiness for centuries to come.

Now, it may seem like it would only be the best time period ever for children of the ’90s, but that’s simply untrue. Just being able to say you had a child who was able to exist during the years between 1990 and 1999 would be justification enough for a prideful outlook on life. Maybe you weren’t a ’90s kid, but you had a ’90s kid, and being able to raise a child in the best decade of all time is perhaps more honorable than living them yourself. Whether you’re ’90s kid yourself, or you just got laid in the ’90s, be happy you were able to witness them. Nothing before and nothing after will be as sweet as an episode of The Adventures of Mary-Kate and Ashley. So raise your glass of green ketchup with me, and intoxicate yourself on the scent of a fresh Baby Bottle Pop.