NASHVILLE, TN – It’s a cold winter’s morning here in the dirty south. A few inches of snow has buried us, and so our children do not attend their colleges, and our Nissan factory employees are given the day off. This post-holiday icing has affected me, as well. You may think a video game journalist fears not the perils of anything outside his/her/xis/xer window, but I do fear. I do.

It took thirty minutes for me to retrieve my review copy of Monster Hunter World from my apartment’s mail room. There was the struggling to fit my doughy body into my thermal flannel, then into my puffy North Face. There was the PTSD of walking across the slippery parking lot in my Sketchers. There was the numbness of my cold, freezing fingers as I put the key into the mailbox lock with nothing but the power of will. Capcom didn’t send anything to keep the disc warm, so when I slid it into my Xbox, it brushed against my skin and sent chills down to my ankles. I suffered to be able to write this. More than you know.

Monster Hunter World is a game that is both familiar and new. It is a game that encourages cooperative play, which has become somewhat standard in AAA releases. What’s new about it though is the fact that you get to use a lot of different swords. When I first booted up the game, I picked the standard sword and shield combo. Then, I found out you can use a greatsword, and even a sword that turns into an axe. There are so many swords in this game. I just kept killing and killing and killing and killing all day in the cold, dirty south. 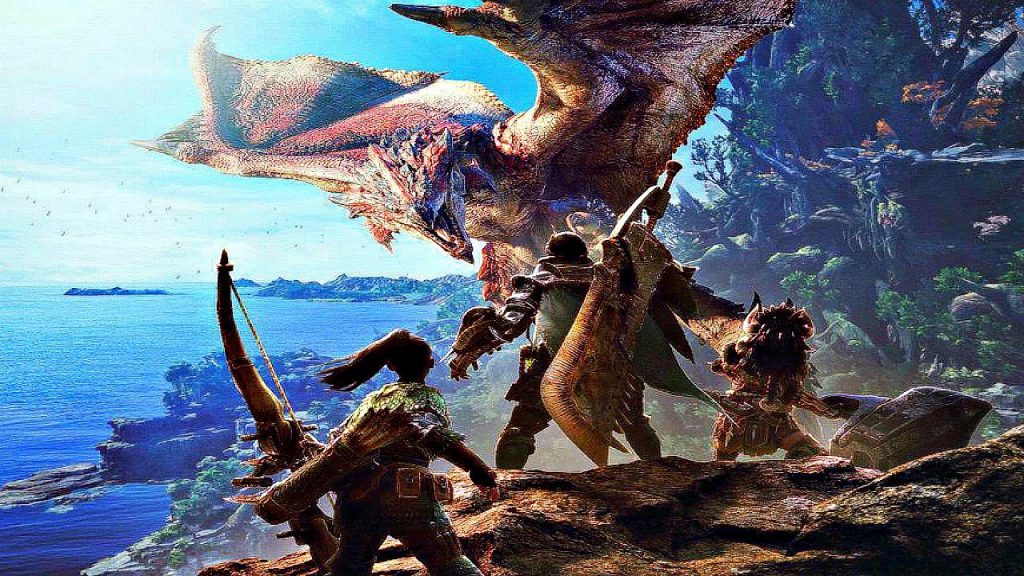 For the first time in like a decade or something, Monster Hunter is back on Playstation. It is also debuting on Xbox with this iteration, and if you wanted to play on your new Nintendo Switch, you can go to the store, find the games department and fuck yourself.

It was exhilarating. I was tapping into suppressed alpha male tendencies that years of respecting women had brought to me. All those rules, all those taught behaviors, they melted like a plate of margarine at high noon in July. I decorated my safehouse with the head of my foes, and painted my walls with their fresh blood. I crafted bigger, stronger swords using the bones of a Ludroth and the scales of a Rathian. Going online, I was recruited into a small group of elite warriors, quickly shedding my social anxiety and forging a revived confidence in me that had been long dormant since my pants fell down during a high school performance of CATS, the musical. My taste in culinary creations became refined as I experimented with different kinds of pre-kill luncheons, all of which were unforgettable. It was addicting, life-breathing. I once was a games journalist trapped in my studio apartment during a snow storm. Then, I was a fucking Monster Hunter.

As amazing as it all was, I began to feel increasingly empty as my hours poured into this game began to add up and the clock seemed to run faster. All my life I’d prided myself on being a good person, a good man, a nice guy. The new me wasn’t that. The man in the mirror began to eat steak while watching videos of Milo Yiannopoulos owning libcucks. He jerked off to porn star blondes with large breasts instead of the profile pictures of his female friends on Instagram. He started going to church again, and working out, chugging bone broth throughout the day. Video games weren’t even on his radar, except his nightly slaughters in Monster Hunter World. The breaking point was when I woke up hungover next to a random girl I met on Tinder. I didn’t know this girl. I didn’t love her. Fucking her meant nothing and it felt wrong. She curled up next to me after feeling the bed move, running her delicate little hands up and down my bulging triceps. I should feel good about this. This was the “alpha” thing that guys did. We fucked bad bitches, bro. Why did this make me want to cry? Why did I want to cry, but couldn’t cry? I checked my phone and saw texts from four different girls. Not Tinder messages: texts. They’d given me their number. They wanted my attention all night while I was with another girl, and a very attractive one at that. If they knew where I’d been, it would’ve broken their hearts.

One of those four girls was my mother, who up until this point, I had called at least three times a day. It had been three days since our last conversation. It wasn’t supposed to work like that. Like a snake, I had shed my life of all things I found unnecessary or quaint, including the few people in my life who cared about me before I became a Monster Hunter. I had my Bowflex, my bad bitches, my brews, and my hunting squad: all else was just shit from my old life. My old life. There’s no such thing. There’s just my life, and everything that came, stayed and went was a result of my own actions. I threw the glass of bone broth that I didn’t remember even pouring into the garbage disposal. What had I become? 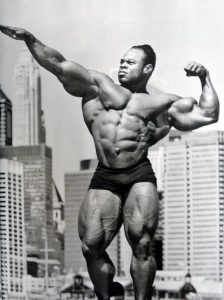 Actual photo of what I had become.

I ripped off a Gadsden flag bumper sticker that I didn’t remember buying off my frozen 1996 Honda Accord before climbing in and turning the key. My hands didn’t feel so cold anymore as I sped off fearlessly over the icy highway towards my mother’s house. I had to make things right. No, we had to make things right. Whole Foods parking lot. Almond milk. I chug the whole carton, trying to cleanse my holy temple of bone broth. My head began to clear up a bit. No, no, there was something wrong about this whole “Monster Hunter” thing. Then, it hit me. On this planet, there are monsters and monster hunters. Humanity is both. We are monster hunters, and we are monster hunters. The World is just trying to survive with its own set of rules and cycles. Men like myself run through and drive our perverted blades through her heart. Now, she is cold and I am not. I recall that video of an injured cow playing with a ball. A peaceful creature that we can see as cute, but then we slaughter it for Taco Bell burritos. It’s all so wrong. We have to come together as humans, recognize that we are the source of our pain and the source of our salvation, so that we may heal this aching rock we call home. I slide my tongue across my lips, searching for whatever almond milk’s left. It isn’t so tasty anymore.

As I pull into my mother’s driveway, a photo slides across the dashboard and into my lap. It was me, forty pounds of muscle ago, wearing a Destiny 2 shirt and holding up a sticker that says “I Voted.” My female best friend who is an Instagram model and a cosplayer had taken that photo after we’d written in Bernie Sanders. She dyed her hair purple that day, and I’d paid for it to be nice. I remember it felt good to do that for her.