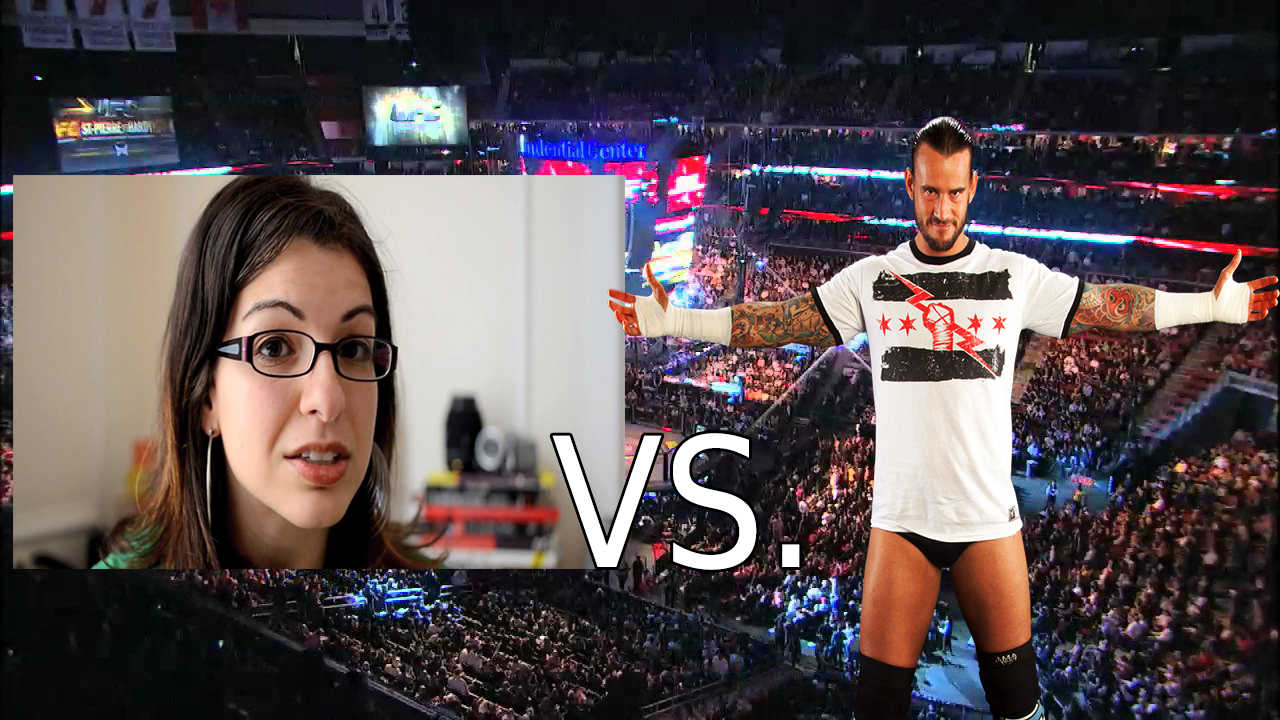 LAS VEGAS, NV – It’s morphin’ time! While Jason David Frank has been getting a lot of buzz in the past few days for his open challenge to CM Punk, it seems that once again, the green ranger’s career has to be put on the backburner in favor of someone more relevant. The only person on this planet with a bigger ego than CM Punk is none other than media darling Anita Sarkeesian, who was actually challenged by Punk himself to be his first opponent in the octagon. Even more surprising is the fact that she accepted, but then again, it’s not like our girl Anita has ever backed down from a fight, except for the multiple times she’s backed down from giving a Powerpoint presentation because of someone on Twitter saying mean things.

Why did Anita accept such a dangerous offer, though? Well, let me speak for her and answer that. Sarkeesian is a beacon of female empowerment. She is the queen of justice and the harbinger of freedom. I want to fuck her. I really want to fuck her and maybe if I write these nice things about her and about women she’ll fuck me. God, I want to fuck her. CM Punk, please don’t fuck her after your fight because I really want to feel her nose up against my nuts. If she doesn’t fuck me, well, maybe a hot Tumblr blogger will instead after she reads this because she’ll see how socially aware and sensitive I am.

Punk vs. Sarkeesian has yet to be officially announced, but stay tuned to Video Entertainment Analysis Group for updates on the fight, and be prepared to pay thousands of dollars because each round of the fight will be uploaded to Youtube in twenty minute increments over the course of the next two years and those take a long time and are super hard to edit and stuff.