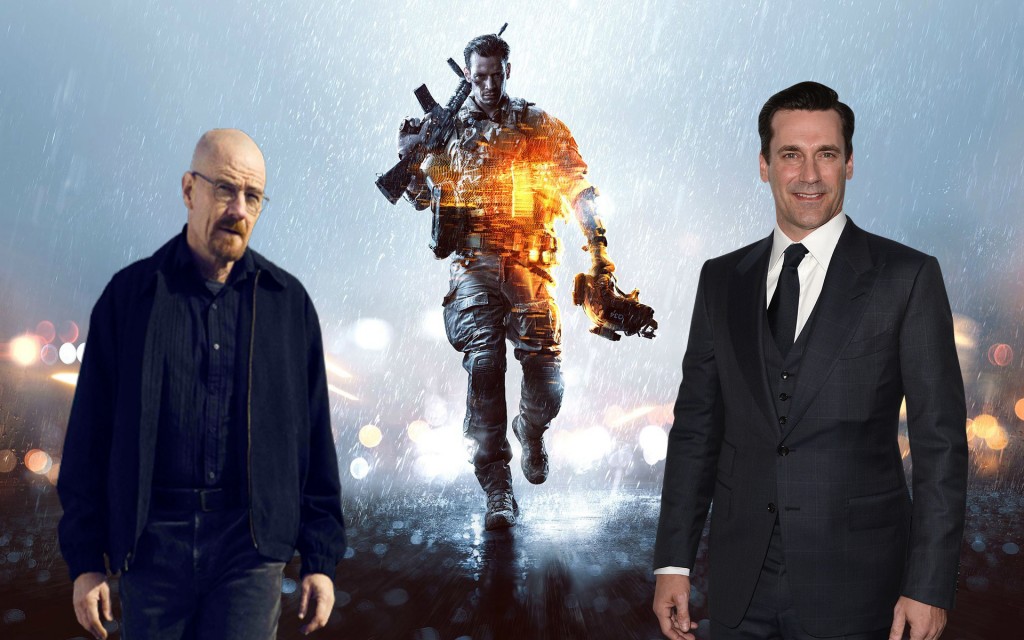 EA sent us this preview and at first we thought it might’ve been a DLC hint, but it was actually the first teaser for the newest Battlefield. Get read to Break Bad and get Mad!

BEVERLY HILLS, CA – Remember when video games and Hollywood seemed to be two very different universes? Games were just for nerdy kids with no friends to pass the time on until they get kicked out of their parents’ houses and were forced to get a job, while movies and primetime television seemingly represented the American Dream. Fast cars, paparazzi, the adoring fans and the easy, dirty sex…Hollywood was life in the fast lane. Video games? Those were for the late bloomers and people with acne. But no longer.

Recently, Activision announced their flagship franchise’s newest annual entry, Call of Duty: Advanced Warfare. The game showcased a lot of brand new stylistic changes and features, including tactical exoskeletons, futuristic vehicular active camouflage, and a new array of things that go “bang.” However, what caught the public’s eye the most was the computer generated version of Kevin Spacey, who is one of the most popular actors in the scene right now thanks to the Netflix original series, House of Cards. 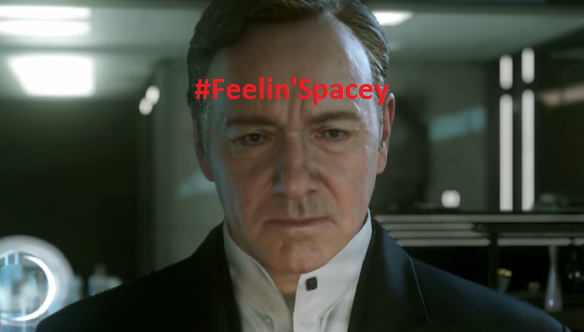 Kevin Bacon’s role in the new Call of Duty could mean we’re entering a new era of entertainment.

Among the public eyes were the eyes of Electronic Arts’ CEO, Andrew Wilson, who knew he needed to respond as quickly as possible in order to have his own flagship game compete with Call of Duty. For the past few years now, EA has been marketing it’s Battlefield franchise as a sort of “CoD Killer,” or at least an alternative to the FPS juggernaut’s arcade style gameplay. Naturally, that means they have to do what CoD does, and do it better. That’s why Wilson organized a private interview with Video Entertainment Analysis Group to give us the scoop on how he plans to beat the “Kevin Spacey card,” pun intended.

“Character design used to be a way for artists to get out their own ideas for the betterment of the completed product. It was cool to see the slew of unique personalities that leapt from the minds of developers and into adventures that people could interact with over the decades. These days, though, the emphasis on realism has almost completely taken over the way we make games. It’s gotten to the point to where seeing real Hollywood actors’ faces in a game is preferable to creating something new. Activision knows what they’re doing. Frank Underwood plays Call of Duty in House of Cards, and a lot of people watch that show from their consoles. Netflix streaming is still young, and it’s mostly done by younger people, so people who watch House of Cards are also probably younger than most demographics who enjoy programming of that nature. Activision knows that seeing Frank Underwood’s face claim in a similar video game role will bring in the money. It’s just marketing. Did Kevin Spacey need to be in the new CoD? No. Is he the only one who could portray his evil ‘I wanna take over the world, people are sheep, blah blah,’ role? Of course not. There is a ton of great mo-cap and voice talent who could probably do it even better. Ever hear of Troy Baker? Like I said, it’s just marketing. Kids are gonna be like ‘Oh my god, it’s House of Cards-guy in a video game! #DayOneBuy”

Wilson’s rambling stopped for a moment, but what he said next would end up being a shocking announcement that we were not prepared for at all.

“But that’s the breaks, kid. EA is an adaptive company, and we have something up our sleeve that’s gonna be even better than Kevin Spacey’s mug. Call of Duty may have House of Cards, but we have Breaking Bad…”

The gaming guru smirked for a moment before adding,

It was then we knew that we had a riot on our hands. Andrew Wilson stood up from his chair and kicked the door off it’s hinges on his way out of our office. Two beautiful PR representatives (they were men; they just looked really good) then walked into the room and gave us the rundown on the new shooter.

Similar to how Kevin Spacey’s political role in House of Cards is reflected in Advanced Warfare, Bryan Cranston’s character will of course be modeled after his real face and body, but will also be Battlefield 5′s main antagonist in the form a badass drug dealer who wants to kill the United States Army. What about Jon Hamm’s character? How would Don Draper fit into this?

In AMC’s highly decorated drama, Mad Men, Hamm plays the creative director of an ad agency, but his true identity is a bit…complicated. Don Draper is actually not his real name, but the name of a soldier who was killed in the Korean War. Who is the real Don Draper? You’ll have to watch the show to find out, but in Battlefield 5, Jon Hamm’s likeness will be used to capture the look of the soldier protagonist who is sent to war after being convicted of identity theft.

That’s all we can share for now, but for more on the Hollywood Crossover Wars, stay tuned to Video Entertainment Analysis Group.