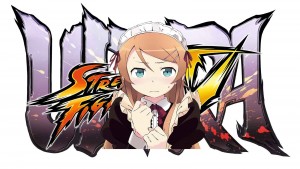 OSAKA, JAPAN – After months of teasing at a fifth character for their upcoming game Ultra Street Fighter IV, Capcom has finally revealed the character to be Kirino from the popular anime series My Little Sister Can’t Be THIS Cute. This may come as a shock to many Street Fighter fans, as there have been speculation and theories amongst the fanbase as to who the fifth character was going to be. After Capcom made a statement claiming that the newest fighter was never in a previous Street Fighter game, and that it was indeed a woman, many fans looked towards the Street Fighter manga to find the new warrior – but no one could have predicted this turn of events. The announcement was made by Capcom’s Yoshinori Ono at a local Killer Instinct tournament (the game is said to be VERY popular in Canada,) where the tournament host who goes by the name of “SaltyBeast676” sat down with man and asked him a few questions.

“We are very honored to have such a popular character be playable in Ultra Street Fighter IV,” Mr. Ono said to SaltyBeast676,

“As you may know, the fighting game scene isn’t all what it used to be like it was in the 90’s. We here at Capcom needed something to pull new members into the community. Ryu just isn’t cutting it anymore. We needed a new face for Street Fighter. Just recently, the PS3 game My Little Sister Can’t Be THIS Cute! has outsold Nintendo’s very own The Legend of Zelda : Wind Waker HD. Now, Zelda is VERY popular in Japan, and if your game can outsell Zelda, then you CLEARLY have something special about you.”

When SaltyBeast676 asked Mr. Ono why they chose to go with a popular anime character instead of someone from the Street Fighter universe, he replied with “Fighting games have evolved since the Street Fighter II days. Fans care more about the aesthetics than the fighting mechanics nowadays. Just look how well Street Fighter x Tekken did amongst the FGC (fighting game community.) When we saw Kirino for the first time, we knew we could dress her up in all SORTS of outfits. I’m sure fans can’t wait to try out Kirino’s many DLC outfits, such as the Dark Kitty School Girl outfit, or the popular Trevor Phillips cosplay outfit.” Around this time Mr. Ono had to leave, but his last words to SaltyBeast676 were “Poison is SO hot.”

No frame data has been released on Kirino, but Capcom has confirmed that she does 40-70-120 damage.

To get more info on the subject, we sent VEAG’s very own pro fighting game player DarkSydeMerio to Capcom’s headquarters in Japan to try to score an interview with Yoshinori Ono. Unfortunately, he missed his plane due to what he claims as “bugged airport mechanics.”