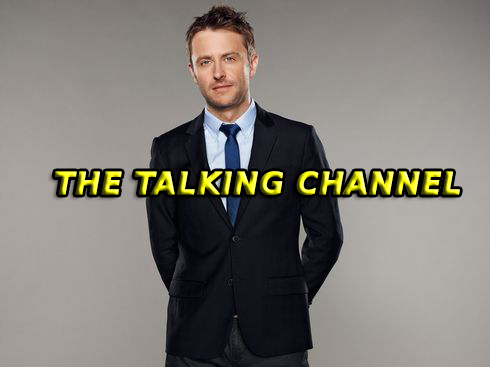 Hardwick Heads, get excited! The Talking Channel is on it’s way in 2015.

Author’s Note: We waited until April 2nd, 2014 to release this article so everyone knows it’s not a joke.

LOS ANGELES, CA – With shows like The Walking Dead and Breaking Bad dominating ratings charts in recent years, it’s been quite a surprise to see the popularity of the Chris Hardwick-hosted “Talking” series, which comes on directly after the hit show in question goes off the air. Talking Dead and Talking Bad gave fans a chance to get into the minds of the actors and writers of the shows they loved, as well as get a behind the scenes look of how the episode they just watched was made. Some may question Hardwick’s comedic timing or his general appeal, but the numbers don’t lie: the “Talking” series was an innovative and successful concept. In 2015, Chris Hardwick plans on taking it one step further.

Following the success of Oprah Winfrey’s OWN broadcasting channel, Chris Hardwick showed VEAG’s research and development team a sneak peak of his new “Talking Channel,” which will consist of nothing but shows (hosted by himself, of course) talking about shows that just came on. Chris notes that these shows are incredibly easy to direct and write, considering there’s practically no work to be done on them aside from the initial set construction, so he should be able to cover every television show on cable television. The excitement doesn’t stop there, though, the “Nerdist” says that the inclusion of irrelevant celebrities who don’t really watch TV and the actors for secondary characters will continue to be a main feature of the shows, similar to his Talking Dead and Talking Bad counterparts.

Foreign correspondent, Cliff Lerma, had a quick chat with the 42-year old weight loss icon about his highly anticipated contribution to society.

I’m hashtag stoked about my new channel! Bro, it’d be so 1337 if I could have a cat pic as the logo or something. I just gotta pretend that people watch @Midnight for a few more months and I can get started!”

When asked about what shows exactly he intended to be covering on his channel, Chris just handed over a crumpled up piece of paper that he said was “the list of ideas.”

Like most nerds, Chris seemed a little shy during the interview, so we’ll close out the article with what could possibly be the future of television about television.

Talking is the New Black

Talking About A Boy