SAN RAFAEL, CA – Anyone in the mood for some dungeons and dragons, without all the hassle of opening a book or illegally downloading files from sketchy websites? Also in the mood for some nude? Look no further than your Xbox 360 or Playstation 3 consoles, because Telltale Games has got you (un)covered!

Unless you’ve been living under a cock, you have already at least heard of George R. R. Martin’s wildly popular fantasy series, A Song of Ice and Fire, and it’s complete takeover of HBO’s top programming spot under the Game of Thrones title. What makes the TV show so popular is it’s cast of former porn stars with sexually attractive bodies that they are frequently forced to show off on camera. In a recent interview with Telltale’s CEO, Dan Connors expresses his devotion to bringing an authentic Game of Thrones experience to his upcoming spinoff that will be released later this year.

“The entire goal of this game is to make as much money as the television show,” Connors said with a confident smile, “…and you can bet your bare ass we’ve got a plan to do just that.” 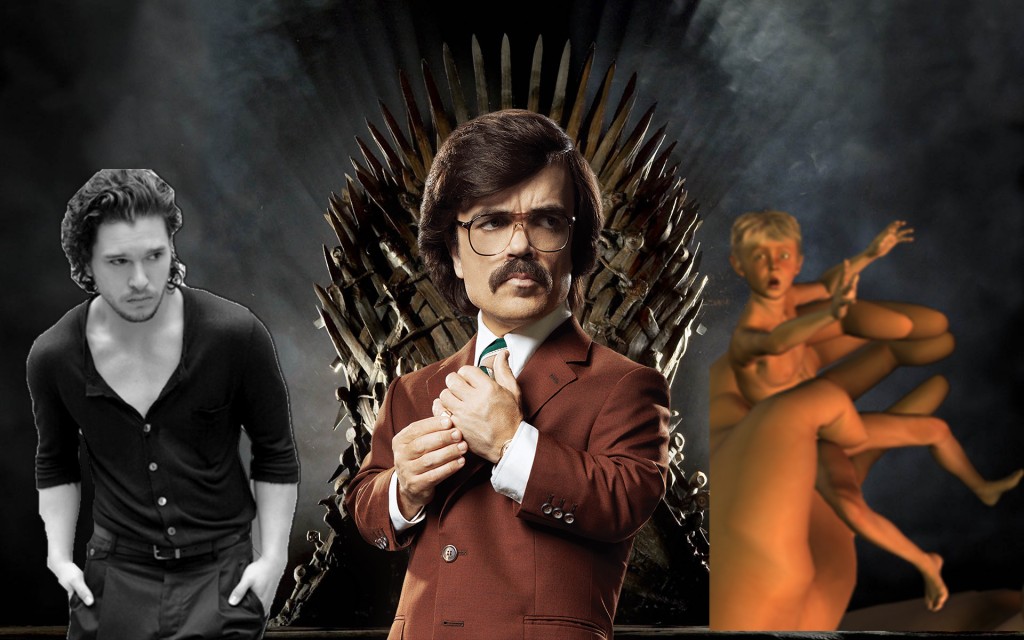 Who’s wee wee is it gonna be?

Connors then took us on a little trip through his office, opening up a hidden door behind his desk that led into a large room that was quite empty save for the nude paintings of the entire Game of Thrones cast around the perimeter. In the center, there was a collage of all the actors and actresses in animated form; the signature Telltale art style has definitely been refined for a new generation.

“When we were designing the characters for the game, we asked ourselves, ‘Who do gamers want to see undignified and Disney-fied? Do they want to see Kit Harington’s hairy pen? What about Peter Dinklage’s dinkle? Censorship would be an issue of course, but we’re gonna shoot for an Adults Only rating. It’ll be okay, since only adults watch the show; they’re the only ones who can pay to subscribe to HBO, I don’t think kids really pirate it or anything.”

Naturally, we asked if we would have the privilege to see a woman’s vagina, breast, or leg in the game, but Connors seemed to shrug off the question, shifting the focus back on penises.

“Listen, all these paintings in here are for personal use, this was only a bit of a sneak peek. We can’t reveal who’s going to be shown naked in the game and who won’t, but we can confirm that you will see at least one penis in Telltale’s Game of Thrones.”

After that, we were ushered out so Connors could be alone with his work. In passing, a VEAG associate pointed out that there was a nude photograph of George R. R. Martin himself on the desk in front of the door. Upon it were a bunch of crude markings and a caption that read: “A Thong of Vice and Wire.” Game Theorists were unable to conclude what that might mean, but we could very well be seeing the series creator in his birthday suit this fall.