A great thing about the gaming community in this modern era is the passion shared between gamer and developer. It’s not uncommon to see big name companies like Gearbox or Bioware do nice things for people to get some good press. Many of the cutest marriage proposals in the last year or two have been made through custom video game levels made specifically for a hopeful couple, for example, the Borderlands-themed one where Claptrap, the only video game character whose comedy is on par with Dane Cook, helps a pathetic male named Ben propose to his girlfriend. Check it out below!

Following this trend of selfless charity, Yacht Club Games, the geniuses behind the critically acclaimed indie darling, Shovel Knight, are giving a fan who has gone through a tough time recently a little slice of happiness.

Billy Matthews, 8, suffered a horrible tragedy a few months ago. Both of his parents were incinerated in a forest fire while they were on a camping trip, which Billy didn’t attend because he was too busy playing Shovel Knight and his parents generally hated it when he was around anyway. Their bodies were burned so badly that authorities were unable to save anything for burial purposes. Naturally, Billy was devastated, but he says that Shovel Knight helped keep his mind off his charbroiled parents as the family coped with their loss. When Billy emailed Yacht Club Games about what happened, they were instantly touched by the story, and director/designer Sean Velasco went straight to work on building a custom Shovel Knight level for Billy. Here’s what he had to say:

“When I heard about Billy’s parents, I of course felt very sorry for him. I could relate; both of my parents died in a forest fire when I was a kid too, so I might’ve had an idea about how he was feeling at the time. For me personally, all I wanted to do was give my parents a proper burial; they deserved that at least, but it just simply wasn’t possible. So I gathered a few of my guys and we made a level just for Billy. In the level, we learn that Shovel Knight’s parents are dead, too, and the only objective is to bury them and say goodbye. We just felt it was fitting, because Shovel Knight has a shovel, and shovels are used for digging graves. There’s also a boss fight later on where you fight Shovel Knight’s zombie parents, but that’s DLC and you have to pay for that. While burying my parents wasn’t possible for me, it now is for Billy, and we hope it helps.” 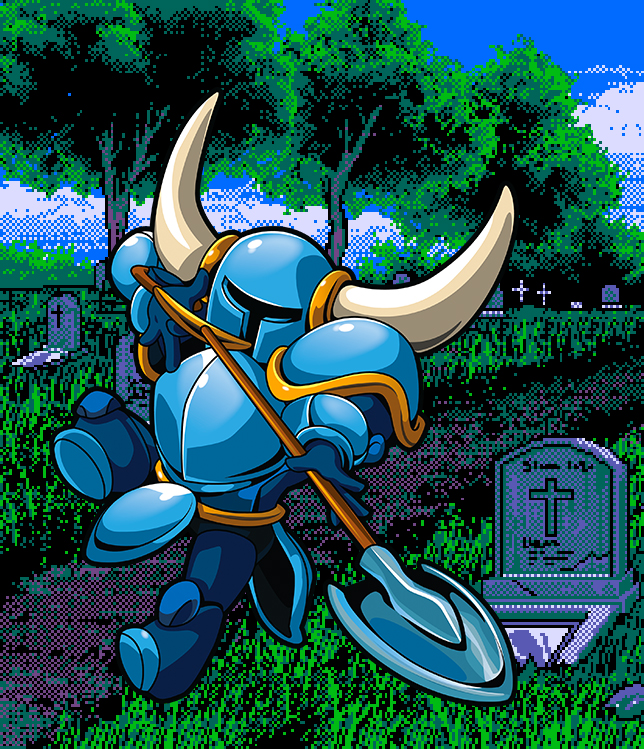 A screenshot of the opening cutscene for Billy’s level.

We here at VEAG extend our deepest condolences to Billy, and hope that his custom Shovel Knight level helps him get through these uncertain, troubling times.