Square Enix and Eidos Montreal have just revealed the newest trailer for the highly anticipated sequel to Deus Ex: Human Revolution, Deux Ex: Mankind Divided. Prior to the worldwide reveal on Twitch, however, Video Entertainment Analysis Group had the opportunity to get a quick word in with Mankind Divided director Jean-François Dugas about a very interesting fact pertaining to the game’s new setting.

While Human Revolution took place in a futuristic Detroit, Eidos Montreal intends to make the next game a bit more relevant to today’s issues despite the franchise being set in the future.

“The greatest thing, to me anyway, about working on Deus Ex is that the series always tackles issues that aren’t usually discussed in video games. In Human Revolution, we were really able to dive into what truly makes us people. For example, Revolution had adapted versions of classism and racism in the storyline; augmented versus the non-augmented, rich versus the poor. Hell, you played it, right? You know shit was uh…fucked up, as you say.

In Mankind Divided, now that the world is falling apart, we want to bring that fear and paranoia back down to a more primal level. It’s blacks versus whites again. Robbers vs. cops, if you will. To make this new philosophy blend in the best way possible, Jensen’s journey will not only take place in a crumbling Detroit, but also a riotous and angry Ferguson, Missouri. Social segments will be much more intense as Jensen attempts to prevent white cops from killing innocent black men, as well as when he has to stop looters from robbing innocent store owners. It’s quite the dilemma, and we’ve worked hard with our writer, Mary DeMarle, to truly get that ‘oppressive, patriarchal’ feel.” 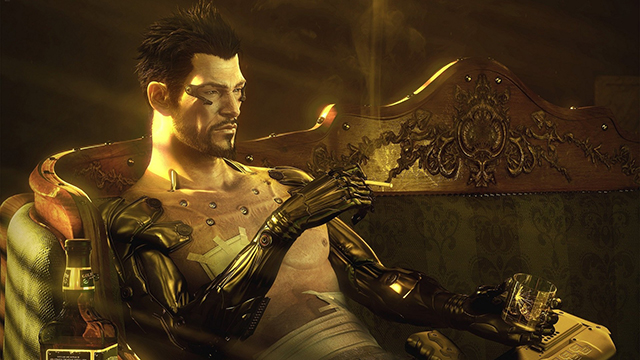 While the announcement of a new game is great, we’re still wondering if a Deus Ex movie starring Keanu Reeves is in the works. There was no hint to it or anything; we just want that to happen.

I know as gaming journalists, we’re supposed to stay neutral and simply pass on the news to you, but we here at VEAG are very excited about the new game, and can’t wait to play it in two or three more years. Stay tuned right here for all the latest updates on Deus Ex: Mankind Divided.