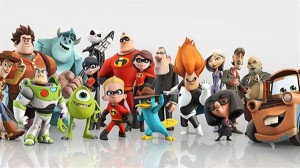 Where’s Steve Carrell from Despicable Me?

ONTARIO, CANADA – In a recent interview with John Blackburn of Avalanche Software, known for creating Disney infinity, he said he had no idea they were allowed to use Disney characters pre-dating 2000. “When fans started asking us if we had plan to use characters from Beauty and the Beast, Peter Pan, and even Tarzan, we were stunned,” he said. “The entire studio went silent after this revelation. We even made a call to Disney executives and they were surprised themselves that we never used those.” Some negative reaction has been aimed towards the studio based on their decisions on including newer Disney characters, including characters from the yet to be released movie, Frozen. “We thought we were to only use newer and more popular characters.” When asked how popular Lone Ranger was, he responded, “Everyone loves Johnny Depp in makeup, that’s why he’s in the game twice.”

The oldest character in the game is Mickey from Fantasia, and Blackburn only recalls Fantasia 2000, realizing he accidentally put in a classic Disney character. “We only put in Jack Skellington because we thought it was recently released. We keep seeing kids with Nightmare Before Christmas merchandise, and thought it was a new fad.” When asked if four characters from the Cars franchise was necessary, he sat there, dumbfounded and silent, then finally asked softly, “Could we have added more?”

Author: Gianluca Rizzo (toys are the hot new look of the season)