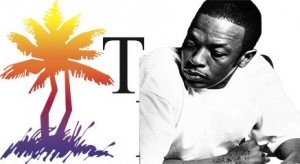 Somebody call the Doctor, ’cause life’s a beach.

ACETOWN, PA – Christmas 2014 is going to be a day to remember if you’ve already forgotten about Dre. Activision, along with Aftermath Entertainment have revealed today that a surprise product will be shipped alongside the newest Call of Duty title, which has still yet to be named. Well, it’ll be a surprise to anyone who doesn’t frequently read VEAG content, because we got the exclusive scoop on just what this new product is.

Fans of expensive headphones will be ecstatic to hear that Dr. Dre’s popular Beats series is now teaming up with Call of Duty-sponsored Turtle Beach to make a sort-of combination of the two headsets, “Turtle Beats.” They will feature the signature surround sound Turtle Beach quality of audio while also looking swag, fresh, stylish, dope, trill, dank, and sick, thanks to the trend-setting color schemes of Dre’s Beats. Colors will include red, blue, green, white, black, orange, and pink for the bitches and feminine men…who are honestly also bitches.

No official price has been given as of now, but Dr. Dre says that you can expect them to be about as much as a down payment on a new Bugatti. Foreign correspondent Cliff Lerma was the first man in the world to test out the new Turtle Beats, and here’s what he had to say about them.

“The new Turtle Beats headphones are so great. Now I can finally play Call of Duty and hear all the gun noises while STILL looking selfie-ready. I feel so alpha right now.”