Former child star, now manchild Drake Bell made shockwaves throughout the internet yesterday by saying something mean about someone that people apparently care about now because they got a sex change. People getting offended on the internet isn’t a new thing, but disliking the Fallout games is something that we don’t see often. 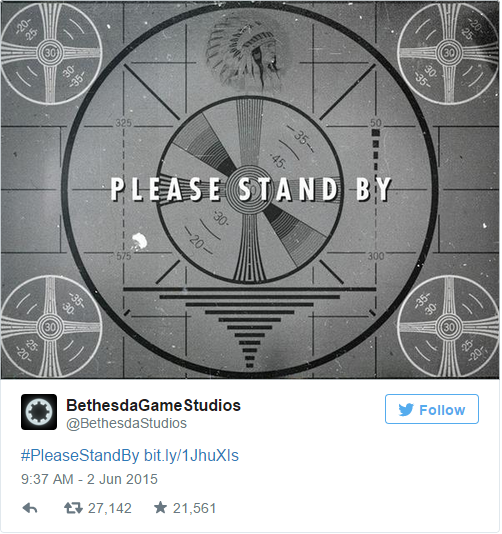 What could it mean? Why is that guy on top wearing one of those feather hats that Lana Del Ray wore in her music video?

Now that Bethesda has started teasing the next entry in the Fallout franchise, it seems Drake (Bell) has something to say about that, too. We could summarize, but we’ll let him speak for himself.

Now Drake (Bell) is certainly entitled to his opinion, and it’s unlikely that he’d be able to afford the $60 purchase of a new video game, but being in a position where a lot of people blindly follow you because you were once on a TV show for kids means you need to mind the consequences of your words. Drake (Bell)’s tweet could’ve just convinced millions of women in their late teens or early twenties who are stuck in the past to not buy the new Fallout game, costing Bethesda a lot of money. Kind of a dick move.

For all the latest updates on Drake Bell’s tweets and Fallout 4, stay tuned to Video Entertainment Analysis Group.