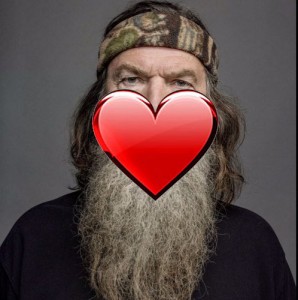 If you search “Phil Robertson x Phil Fish fanfiction,” you can read stories about them making out.

“This was it. This was my one real shot. And now it’s gone, everything is gone and I’m at a crossroads. Getting another chance like this is nearly impossible…I’d be better off just getting a job at Walgreens and dealing a little pot on the side.”

It’s the lamentation of a once promising game designer that echoes throughout the cold(?) streets of Los Angeles; citizens can almost feel the breath of ghosts of whispering softly of lost opportunities into their ears. This is not a happy holiday season for California-based game development company, Hot Bingo. Hot Bingo is a small team of passionate creators who have mostly worked on licensed video games to pay the bills, while they hope that one day, an original IP of theirs will receive a major release. This path has been walked by many a gaming legend, and it’s far from an easy or desirable one.

VEAG was flattered to be the only news source trusted to tell this tragic tale. Due to the intensity of his grief, Hot Bingo’s top game director asked for his name to be left unsaid as he shared his experience.

Things were initially looking up for the underdog, though, as they were given a licensed project that actually had the faint taste of ambition: A Duck Dynasty themed Massive Multiplayer Online game. While games like World of Warcraft have paved the way for projects such as these, this game was special, because it would be the first ever MMO based on a reality television show. This was no generic anime-to-game transcription, or another boring knights and dragons ordeal; this was an American entertainment juggernaut’s first foray into a more interactive realm. Duck Dynasty is a hugely popular brand, and having Hot Bingo’s logo in the corner could mean big things for the future of the company.

One might say that Duck Dynasty frontman Phil Robertson’s recent comments on social issues are to blame for the cancellation of Hot Bingo’s saving grace. Mere hours after Robertson’s suspension announcement, A&E insisted to Hot Bingo’s publisher that the game be cancelled immediately due to the game’s capability of player marriage. Being the progressive developers that they were, Hot Bingo planned on allowing all varieties of marriage to be encouraged in hopes of adding to the immersion and enjoyment of the gamer, regardless of their sexual orientation. Many MMO’s are popular for this feature nowadays, letting players have fun running in-game marriages with friends from around the world, even occasionally leading to real life relationships. And real life heartbreak, wasted money, and the fear of having their nudes spread, but that’s besides the point.

The Hot Bingo team says that the game was going to go all out with the Duck Dynasty style, letting players create camouflage-garbed versions of themselves, and taking those characters on hunts and trips to Wal-Mart.

“The marriage aspect of the game was just an afterthought, honestly,” says a Hot Bingo programmer, “…and now we’re getting shut down completely because of it? It’s bullshit! The show sucks, anyway, I’ll stick with Keeping Up With The Kardashians. Hell, maybe they’ll let us make a game where you can make your own rich white chick and actually marry another rich white chick and NOT get ****ing cancelled because of a stupid redneck! The dude has freedom of speech, let him say what he wants, but for crying out loud, I have mouths to feed! And my wife keeps ordering custom stuff off Bad Dragon and it adds up, man! It really adds up!”

Video Entertainment Analysis Group offers our deepest condolences to the employees at Hot Bingo. We also recommend investing in powdered milk and large bags of beans until you get back on your feet.