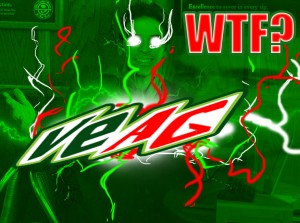 “Here you go sir, brewed just the way you like it.” I said, handing the coffee cup to one of my favorite faces in gaming. I scribbled “Ed” on the paper surface of the cup with acute precision, a “flawless victory” if you will on my part. But I also had a question that arose in my mind.

“Hey, I gotta tell you something, Ed Boon.” I said.

“Whoa, you recognized me? What did you want to ask?” he said.

“…But I wish the new characters had more than two costumes.”

Ed laughed, putting his hand down in a reassuring manner.

“Don’t worry, man. We’ve been doing skins for classic characters because that’s what people are familiar with. But you’ll be seeing new costumes for the new characters very soon.”

The barista inside of me wriggled at the instance of him referring me to the primitive pronoun of “man”, but as a gamer, I was delighted with the news.

It’s been a month since I had the confrontation.

A month. An entire FUCKING month. Jesus, Ed Boon. You promised me. You swore a covenant with Sweet and Low. But what the shit do I get? Brazilian skins for characters that have been in the last nine games. Nice, Ed Boon, nice. A cool gunslinger skin with Erron Black in a trenchcoat? Nope. A Takeda skin with him in his standard Shirai Ryu white ninja garb? Nadda. But Carl Weathers as Jax? That’s perfectly fine, apparently. God damn it, Netherrealm Studios. I’m not even going to begin to go into the entire last-generation debacle for all of the gamers I know that still haven’t bought a new system, but you better get your shit together and you better do it quick.