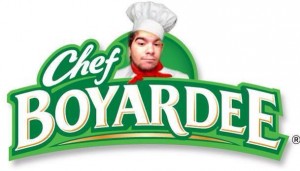 Facebook has given the world an even easier way to sell out. It’s a beautiful time to be alive.

INDIANAPOLIS, IN – Facebook is primarily referred to as a social media website where you can buy Starbucks gift cards for your spouse when you forget your anniversary, but in the past year or two, there has been a rise in the status (pun intended) of “Facebook Page Admins,” who are simply the people who run pages that users can “like.” Some of these pages are highly successful, garnering upwards of hundreds, thousands, or even millions of likes. Maybe even a billion if you’re an anti-American Korean pop singer.

Of course, with any sort of ability to reach large groups of people at once, there will be offers by people and/or companies trying to take advantage of that for monetary gain. For the admin of the Spyro page on Facebook, that offer came in the form of a monthly payment and a lifetime supply of canned ravioli in exchange for advertisement. The page has over 4,000 likes by people all around the world, and is considered one of Facebook’s top community pages. VEAG headquarters sent foreign correspondent, Cliff Lerma, to meet up with the Canadian celebrity for a quick chat.

“When I got the call by Chef Boyardee himself, I just about peed in my socks!”

Says Gianluca Rizzo, primary admin of the Spyro page. “They even customized their logo to feature my face, which is great, even though it has nothing to do with the Spyro character!”

Cliff then asked Mr. Rizzo what he planned on doing with all that ravioli as the rock star admin kicked his yellow stained socks up on the table.

“Probably just gonna sell it. It’s a lifetime supply, which means I can sell an unlimited amount for half price and pretty much put Chef Boyardee out of business using their own product. Pretty cool, huh?”

Cliff Lerma has recently gone on leave for personal reasons. It is in the interest of the VEAG’s PR department to disclose the fact that his therapy sessions are being paid for through our company’s internal insurance program. Lerma is expected to return to work in a matter of days.