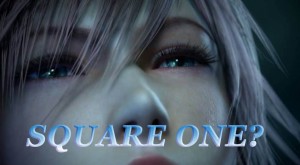 Lightning may return, but it will be the last time any FF character returns, period.

RENO, NV – When you think of Japanese Role-Playing Games, what pops up into your mind first? For most people, the answer would be weird nerds and cartoon girls, but for those weird nerds, usually the name “Final Fantasy,” is among the initial wave of thoughts. The other thoughts most likely consist of cartoon girls.

Nevertheless, Final Fantasy has made a name for itself with it’s unique approach to not only the RPG genre, but also the way continuity and sequels are handled in video games. The series has a long history branching out over two decades, and one of the most anticipated upcoming titles in the Playstation 4 library is Final Fantasy XV. That’s fifteen for all you non-cultured cave dwellers out there. Obviously, this means that we’ve seen a lot from Square Enix’s flagship franchise over the years, but according to Video Entertainment Analysis Group’s foreign correspondent, Cliff Lerma, there are some major changes in the cards, and those changes are coming soon.

Normally this sort of behavior would never be tolerated by VEAG’s management, but because Cliff had come through with vital information as well as it being the holidays, we allowed him to keep his job.

And if you know anything about VEAG, we always follow up on that vital information, so we sat down with current Final Fantasy director Motomu Toriyama to discuss these rumors.

“We weren’t expecting anyone to find out about this, to be honest. I believe the only person I’ve told so far is some girl I met on an online escort service, so the fact that this leaked is quite bizarre.”

Toriyama laughs as he takes a sip from his green bean tea, a bit of a sheepish look in his eyes.

“But yes, we decided that it’s time to take the series back to square one, pun intended. Because Square was our company’s original name. The producers and I just felt that the series has had a lot of backlash in recent years, and it’s in the best interest of the property to be rebooted. Reboots make everything better, pretty much. Oh, and buy Final Fantasy 13-3.”

Unfortunately, Toriyama-san was pressed for time, so our interview at the maid cafe was cut short. What is important, though, is that we have official confirmation of the reboot, and after FF15 releases, we should keep an eye out for a grittier, darker storyline in future titles.

I don’t know about you guys, but I can’t wait to play Final Fantasy One.