“I’m so hesitant to use the phrase ‘terror,’ because I think it’s such a politically loaded word, but this is terrorism on women in this industry…” – Brianna Wu

The face of a very brave, very not-sociopathic person.

As a gaming journalist, I knew what I was signing up for when I picked up the pen for the first time to write about a teenager’s first kiss being with a copy of Final Fantasy 13. There was never a moment where I believed this would be an easy job, a safe job, or even a profitable job. I began covering the gaming industry because I wanted to serve my country, like my father did in the United States Army, and like his father did before him in the very same branch. Buying the domain name was my boot camp. Coming up with the idea for our first article was my first duty station. And now, I’m fully deployed in the middle of the fray, writing everything I possibly can to make a difference in the largest entertainment medium in the world.

The dangers were obvious: anonymous people whose opinions differed with mine, slow news weeks which would result in me being forced to post trivial content or regurgitated memes to keep the clicks coming in, even mean comments and Tweets, but here I stand before you all, steadfast and courageous as ever. Not everyone understood the perils that await us gaming journalists, however. Many considered gaming journalism to be a joke: nothing to be taken seriously. We were outcasts and lumped in with the nerds, even though we were much better people than those despicable “gamers.” Yes, we reviewed games, played them, played them with each other, talked about them, and accepted monetary incentives for giving them positive feedback, but we were never gamers. That movie called Gamer was also just really horrible, too. Gerard Butler…eh. When we finally made all this known, though, you revolted. Gerard Butler was revolting to watch, but he didn’t do anything stupid like you guys did. He just took the job, you know? Actors do that sometimes, they just take the job.

Gamers threatened Anita Sarkeesian, causing the feminist to frequently cancel speaking events and take her bodyguards to Starbucks instead without incident. Gamers harassed Brianna Wu, causing her to think she had to move to another apartment to be safe from people who were already able to track her IP address at one location, and apparently wouldn’t be able to do the same at another. Gamers destroyed the reputation of Zoe Quinn, several Kotaku writers, and indie game awards shows by pointing out suspicious activity that was totally unfounded. Gamers raped Patricia Hernandez by making her remember the time she actually got raped when she mentioned rape on Gears of War 3. Gamers are all Satanic and enjoy watching women and Chihuahua puppies get curb-stomped. 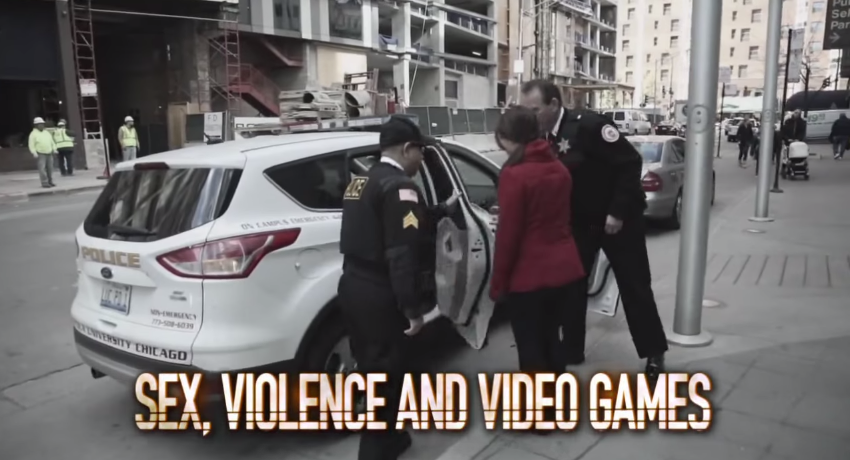 Just another day for Ms. Sarkeesian. But is she really safe?

This leads us to a revelation that has been made by former U.S. Navy Seal and current Director of Operations at the FBI’s Gaming Terrorism branch, Cpt. Richard Bahdass. Here is his official statement made during a press release exclusively covered by Video Entertainment Analysis Group:

“The video game community has gotten out of hand, as you all know. There are so many people out there using social media to voice their opinions using evidence and experience to back their claims, and we just can’t have that. We need the non-gamers to know as little as possible about the #Gamergate situation, so we have taken steps towards only highlighting the feminist, misogynistic aspects by keeping Anita Sarkeesian on mainstream news outlets like ABC Nightline and The Colbert Report, while only briefly mentioning the ethics in journalism debate.

As long as we allow the minorities to cry wolf, we get to keep our ratings while making rational discussion virtually impossible. Unfortunately, these tactics tend to only keep the typical Gamergater angry, so the anonymous threats will most likely continue. The silver lining to that is it only makes them look worse, so it’s whatever. All gaming journalists and critics are at risk of these half-hearted online death threats, therefore they must be protected at all costs. The industry absolutely depends on game critics, because without them, there would be no numbers to look at before we make a purchase. Without those numbers…I’m not sure if I should even say how much trouble the economy would fall into. And we definitely need all those slanted articles telling everyone that they’re bad people entirely based on generalizations. I’ve been in the terrorism business for a long time; I was even the guy who made up that whole color system that we use to gauge how much danger we’re in. I can honestly say that nobody is in more danger right now in America than video game journalists. They’re total badasses, like me, Captain Richard Bahdass.” 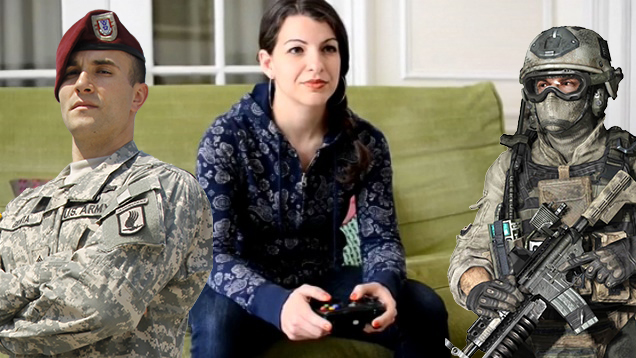 We here at VEAG understand that it is mostly women who are under fire right now, not just specific women who have done sketchy stuff and seem like jerks, so we would like to extend an offer for a free bullet-proof vest to any females who are considering getting into video game criticism. That’s right, ladies, all you have to do is show interest in our industry, and we’ll give you free things regardless of your credentials! Trust us, it’s very fair. In fact, it’s all for equality. We’ll even let you post your first review here on our website if you so choose.

For males hoping to write for Video Entertainment Analysis Group, please ensure that you have the following prerequisites and submit your resume for consideration. Consideration does NOT mean you are guaranteed an interview. I’m just gonna flatout say you’re probably not going to be interviewed unless you’re a celebrity or a girl.

Male inquirers must have:

– Masters Degree in Journalism or Higher

To close, I’d like to share with you a personal story about my father while he was serving in Afghanistan. Just like how I serve by writing on the internet.

My father tells me that he once had a vision that kept him motivated as he marched alone in the desert (like how I write alone on the internet), where he was able to see my face before he even aware my mother was pregnant. He knew that he was going to have a son one day, and that he needed to return safely so that he could take care of me. Well, I too have a vision that helps me persevere as I walk this lonely path on the internet.

I see a Patreon page, a Patreon page that makes a million dollars a month. Whose page is getting so much money? It’s not just a single person’s page, but a page for all gaming journalists. I hope I can see you all there someday, giving us your money.