Ding-ding! Ding-ding! That’s the sound of Best Buy doors opening at 8am.

Ding-ding! Ding-ding! That’s the sound of a stinky man ringing a bell asking for spare change and food so that he may live.

Which ding-ding are you more inclined to wait all night for? Obviously, it’s Best Buy. And nobody blames you! You gotta get that new Darth Vader toaster. You gotta have that HDTV/Xbox One bundle. You gotta have that buy two, get one free deal at GameStop that’s running until mid-December. It’s just tradition, and when it comes down to it, it’s just plain fun to spend your money on things. It’s tradition! They said so on TV and Facebook! Who are you to save your hard earned paychecks on Black Friday? Some kind of Dave Ramsey punk bitch?

Seriously. Fuck Dave Ramsey. Tell him I said that.

But that stinky man is still outside, begging for handouts kinda like the core demographic of Bernie Sanders’ presidential campaign. Just had to bring Bernie Sanders into things again. Except those are just millennial kids whose brains refuse to work outside of the topics of gender identity and racial inequality. This man is grown, smells bad, and might legitimately need help or something. How the hell do you walk past him carrying an awesome new Acer laptop without feeling bad?

Don’t worry. Video Entertainment Analysis Group has compiled a list of techniques to avoid the painful self-awareness brought about by expending unnecessary amounts of income straight into corporate wallets.

TECHNIQUE #1: Close Your Eyes and Imagine A Pair of Titties

Even those increasingly rare heterosexual women find an attractive set of breasts, well, attractive. Ignore those pleas of “I’m a war veteran, can you please spare some change? It’s cold out here,” and think about Kate Upton’s disgustingly large fatbags on her chest. There ya go. Already feeling better, huh? Those sweater puppies will look great on that new 4K flat screen, yeah?

Tried and true, nothing blocks out a homeless person’s polite request like literally blocking him out. You were already in a conversation, so whoops! You just didn’t hear him, that’s all! No guilt necessary with this one, you have technicalities on your side! Yeah, we both know you saw them, yeah we both know you heard them, but…whoops! People use this tactic all the time for ignoring even the non-hobos, so it’s absolutely more effective against someone lesser than you. My favorite topic to pretend to be engrossed in while ignoring other living human beings? Corn dogs. Slab a little mustard on that bread-covered meat boy…mmm-mmm! Oops! Almost forgot I was writing an article! Guess this shit really works! Ha ha?! 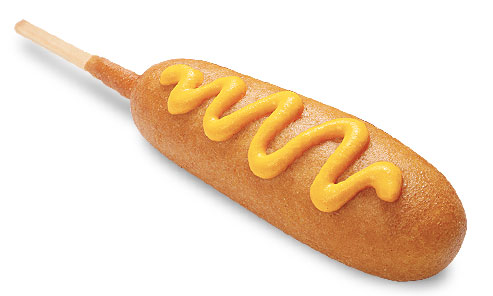 TECHNIQUE #3: Stare At Your Phone Some More

Radioshack awaits. You get out of your car and are walking through the parking lot when your Lasik Surgery Enchanced Vision catches a figure in the distance. This doesn’t look like a fellow Black Friday shopper, no…this is a stinky man. He’s gonna want your cash even though you never carry cash anymore. Fuck. If he talks to you, you’re gonna have to explain that you don’t carry cash, and maybe the pressure of the moment will make you say you’ll get some on the way out from the register. Shit. That would be the worst.

Remember those millennial kids we discussed earlier? Well, they did come up with one good move for when you’re trying to avoid society. Look down at that phone. You definitely received an important text on your long walk to the front doors of Radioshack. Your 30k Insta followers are blowing up your new selfie; that deserves a quick look. Take a look at what you just accomplished. Walk past the one who hasn’t accomplished anything on social media. He’s just some homeless shitter. Probably never gets more than 5 likes on anything he posts. Loser. Sleeze. Fuck that guy. Radioshack awaits, and within it: $100 smartphones that are not a Samsung Galaxy or an iPhone. Yeah, you have a functioning phone. Time to buy another.

The Future is Now.

TECHNIQUE #4: Remember That You’re Doing This To See The Smiles On Your Middle Class Family’s Faces

Black Friday is a battlefield. People die every year on Black Friday, and they should be just as revered as those Vietnam vets living on the street. Our tips so far have been mostly about avoiding the literal homeless stinks you see outside, but this one can also be applied as you’re unboxing your Amazon Echo for your less than 1,000 subscribers on Youtube.

That’s the Devil talkin’, boy. You earned that Amazon Echo.  You worked hard, and you can spend your money however you like! It’s the American Dream, or, well, nah, but something like it. It’s the American Privilege. There we go. Your family’s gonna love their new gifts too. Jack gets to play Fallout 4; Chrysta gets to start injecting testosterone and is gonna love that dick you picked out for her at the doctor’s office. “I love you, Daddy.” That’s why you do all this, right? Is Stinky Man going to say he loves you? Well, he might, but he didn’t come from your sperm. It makes a difference.

Yeah, with a little lube it can work as one of those too.