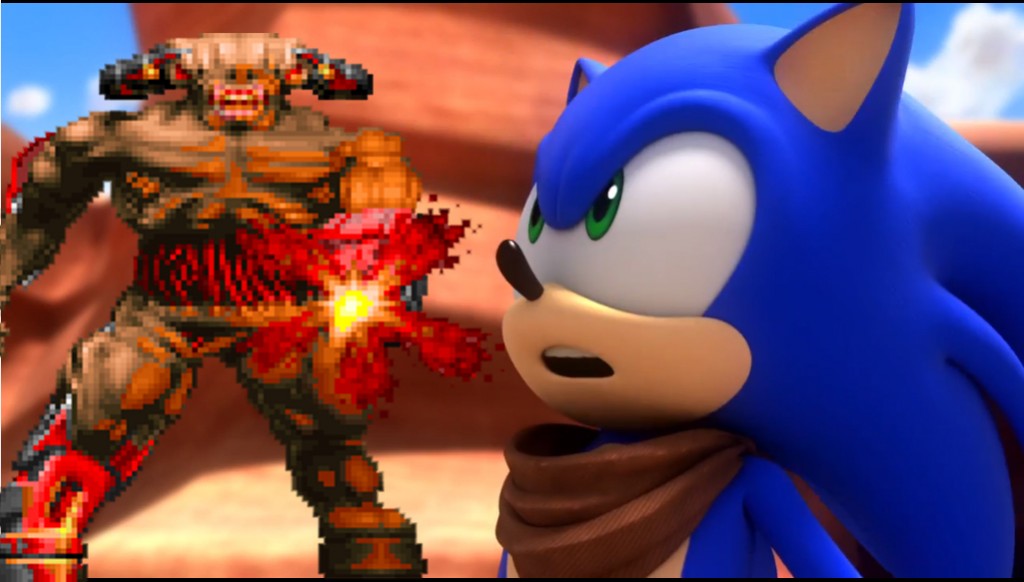 MESQUITE, TX – Video game crossovers are now one of the biggest trends in hardcore gaming. Games like Street Fighter X Tekken, DC Universe vs. Mortal Kombat, and even puzzle crossovers like Professor Layton vs. Phoenix Wright: Ace Attorney have come about in recent years. One of the Wii U’s most anticipated titles is the upcoming Shin Megami Tensei x Fire Emblem, which will feature everyone’s favorite anime things fighting dragons and devils or whatever.

Two genres that we haven’t seen many crossovers for, however, are the First Person Shooter and Action style games. Running hot on the heels of SEGA’s new Sonic Boom franchise announcement, John Carmack made his return to fronting id Software after hearing about SEGA and id’s collaboration project:

“Sonic DOOM will feature the blue bomber in a series of episodic arenas that lead him throughout the depths of Hell in search of the Chaos Keys. And just like Doomguy, he’s gonna have to go fast if he wants to save Amy Rose from the lord of evil, Shadow the Hedgehog.”

Carmack says that as soon as he found out that Sonic was going to be in a DOOM title, he just had to make a comeback. The ex-ex-id Software leader is a self proclaimed, “Sonic Freak,” and would even love to lend his hand into writing the narrative.

Sonic DOOM will be released exclusively for the Oculus Rift and Ouya in Q4 2015.