Let me start this piece off with a story. A story about a nine-year-old boy with no hope.

There’s a father who started his own business against his better judgment. A stay-at-home mom who takes care of the boy. The boy misses his dad, grows resentful of his mother. He’s an only child. His dad doesn’t make a lot of money. His dad makes enough money to buy his son a Christmas gift, though: a copy of Graduation by Kanye West. The boy didn’t even ask for that album, but that’s what he got. So, he listened. 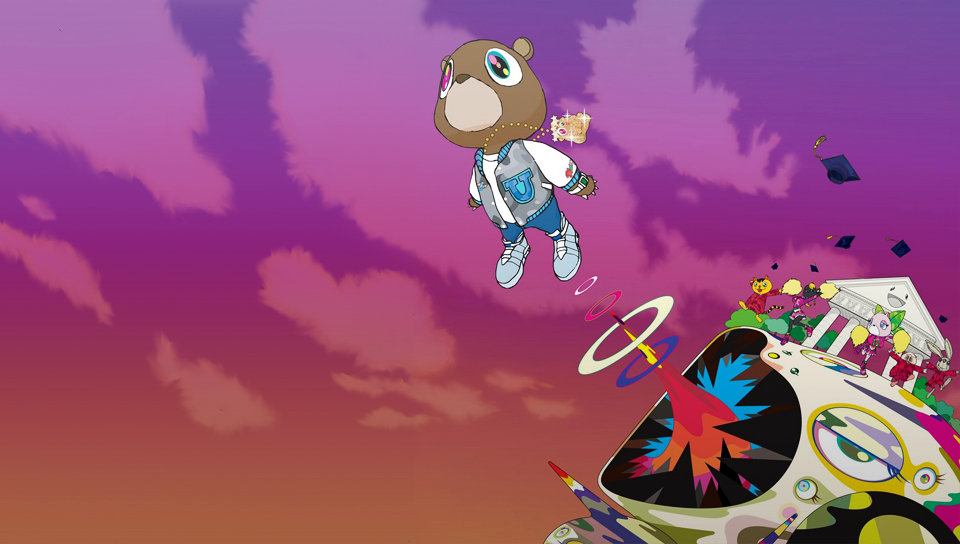 Graduation changed his life. It saved his life. He thanks his dad every time he talks to him for buying this album. Drunk and Hot Girls is his favorite track.

The boy grows up in a poor household. He gets bullied at school for wearing glasses and having puffy nipples. The kids at school knew the boy had puffy nipples because they’d take off his shirt and take pictures of his puffy nipples with disposable cameras, then get the film developed and super glue the nipple pictures to the walls, lockers, and urinals. The janitors and teachers thought they were funny, so they left them up. Every day, the boy would come home and cry for a few hours; someone had called him some variation of “Captain Areola,” or “Areola Boy” again. His mom told him to nut up and embrace his body. His dad wasn’t there. Kanye West’s Graduation was, though. It was always there.

Now, that puffy nipple child runs a video game journalism publication. It’s called Video Entertainment Analysis Group. That boy is me, and my hero is 53 million dollars in debt.

if you want to help… help me…

Maybe Mark Zuckerberg won’t help Yeezy out, but I think the gaming community can and should. Video games have created the largest, most profitable entertainment medium in the world today, and 53 million dollars should be no problem for people who are willing to spend hundreds of dollars on Dead or Alive 5 bikini costumes, or roughly $90 for two copies of basically the same Fire Emblem game. 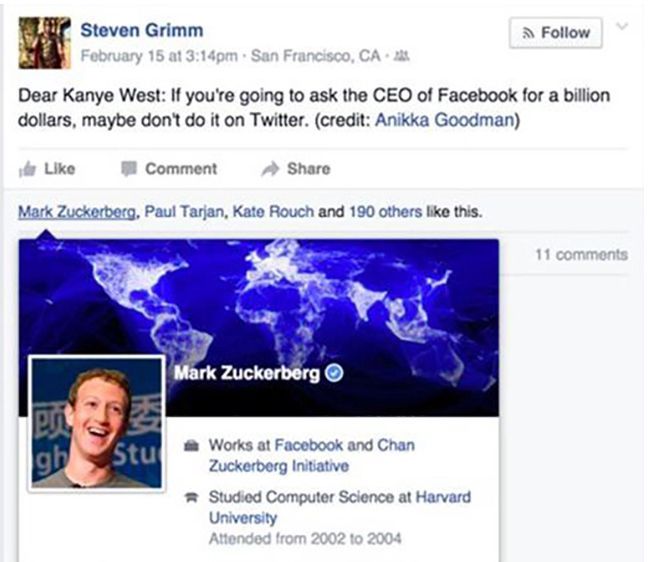 In case you needed another reason to hate Mark Zuckerberg…Add “not supporting true artists” to that list.

Of course, I’m referring to the newly released Fire Emblem Fates, which is split into two storylines: Conquest and Birthright. Fates has been in the public eye lately due to it’s heavy censorship and poorly localized English adaptation, so how anyone of clear conscious would use their hard-earned cash on these piles of junk and be able to sleep at night is beyond me, ESPECIALLY when Kanye West is in a desperate situation. Yeezus has provided us with far more entertainment than Fire Emblem Fates ever will, so I feel like all these people buying Conquest and/or Birthright don’t know what the fuck they’re doing with their money. Even if you do the math, it isn’t worth it. Roughly 40 hours of gameplay vs. Kanye West’s entire lifetime of entertainment. Objectively, it’s a bad deal.

You’re seriously going to buy a dumb anime game over helping our generation’s Walt Disney? Fire Emblem isn’t even cool, it used to be about war and stuff but now it’s about getting married and you can’t even do anything sexual with the anime girls anyway. The only good thing about the game, the petting simulation where you get to grope and stroke your anime wife while she moans and blushes, has been removed due to Nintendo Treehouse censorship. Oh, and did I mention that the petting minigame had serious, plot-driving dialogue that we needed to get the full experience? All gone. Oh, and yeah: dialogue. The dialogue is atrocious and filled with shit meme-pandering when you’re supposed to be leading an army and stuff. There’s honestly no fucking reason to buy it. HELP KANYE WEST FOR FUCK’S SAKE!!!!! 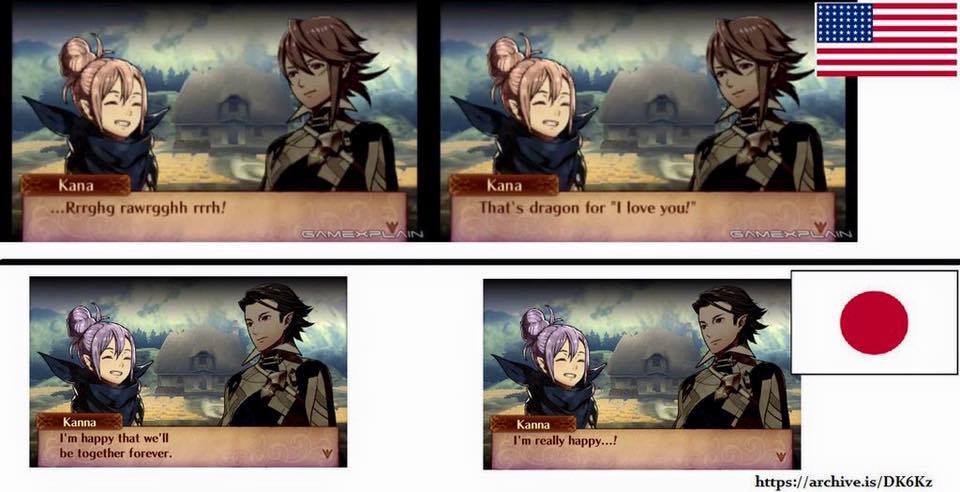 Maybe you’re thinking: “Kanye’s married to one of the richest women on the planet! Why does he need MY money?”

Do you know how embarrassing it is for a man to depend on his wife? And this isn’t even like regular, day-to-day dependence, Kim K. would have to drop a giant load to pull her husband out of the red. For a man, it’s a ridiculous notion, that’s why Kanye opted to beg billionaire CEOs he’s probably never spoken to at length for ten times the amount he needs. And sure, Kanye just released The Life of Pablo, but due to his artistic integrity, he refuses to sell it on traditional platforms. He won’t make any money from that. We here at VEAG believe in another answer, though. The answer is you. 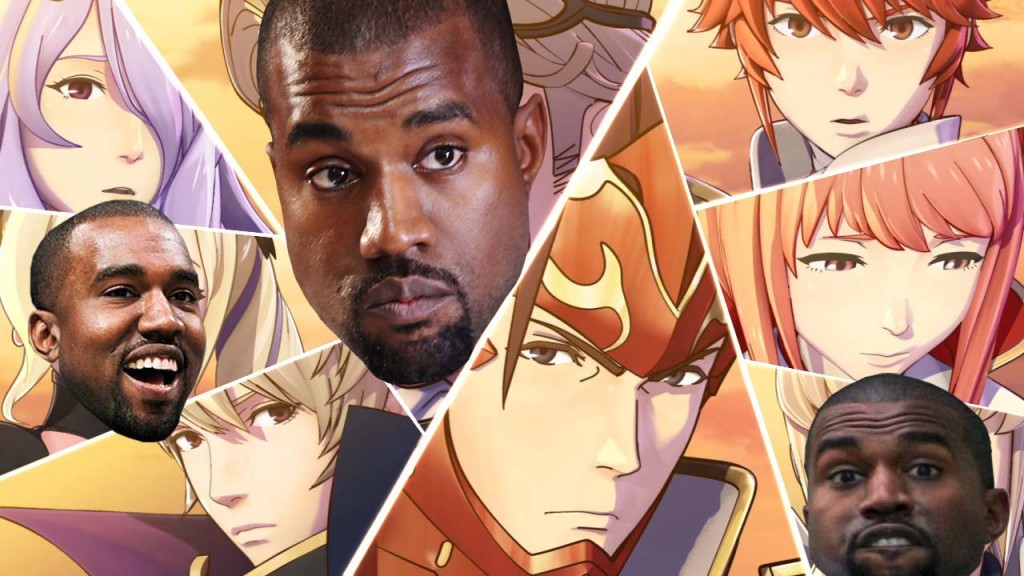 Kanye himself is a fan of anime. Don’t you want him to be able to watch it in the future? He can’t if he doesn’t have a future. Think about that for a second. Think about a world without Kanye West.

Grand Theft Auto V made a billion dollars in only about a week or so. Let’s do the same for another representative of gang culture. Kanye’s songs have even appeared in Grand Theft Auto games! Imagine how much worse it’d feel driving around without hearing “Flashing Lights” every once in a while. Actually, I’d probably prefer that, because when I hear about flashing lights I’m reminded of the flashing lights from disposable cameras photographing my nipples.

Whatever. Don’t waste your money on temporary escapism, kids. Give it away instead. Just give people money on the internet.