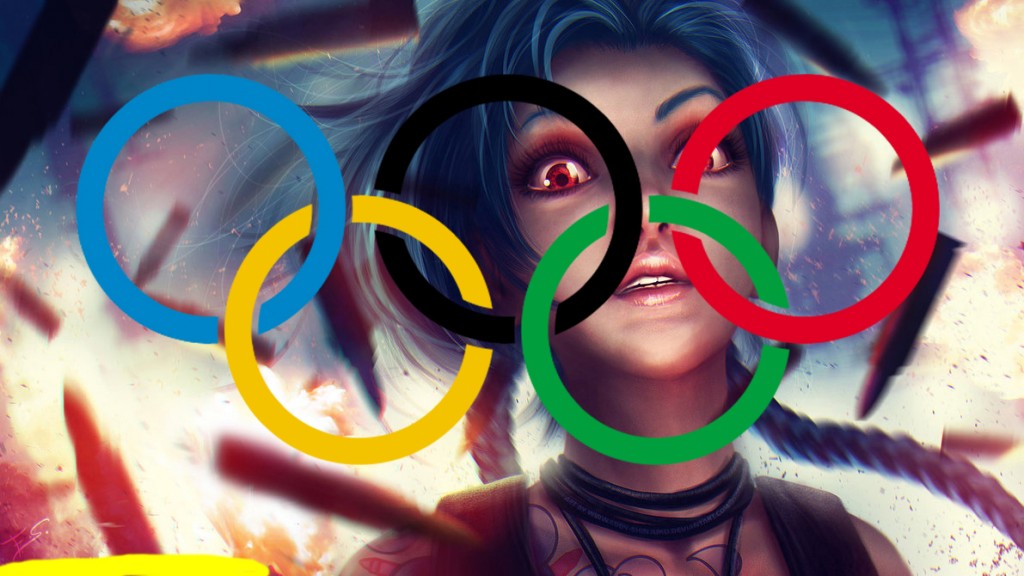 League of Legends joins the league of legends in 2018.

In a secret press meeting hosted by Riot Games CEO Brandon Beck, it was announced today that due to his company’s hit game, League of Legends, being officially considered a sport, there are now discussions of it’s eligibility to become a Winter Olympic event.

“League has already risen to the forefront of sports and media,” Beck enthusiastically explains, “…so I see no reason why it couldn’t be a part of the sequel to the 2014 Winter Games.”

Technically, the man has a point. League takes a ton of skill to learn and play, as well as extreme focus and grumpy cat-like reflexes. When’s the last time you saw a fat nerd playing League? All of the main competitors are always fit, clean, and have girlfriends, just like the people who are currently participating in the 2014 Winter Olympics.

Here’s the million dollar question, though: Why the Winter Olympics?

“Because kids are always gaming more during the colder months; all we gotta do is set up a LAN party in the hotel lobby and there’s your stage, bro. Cheapest AND coolest Olympic sport ever. Doing this in the summer would intervene with all the summer jobs, and beach pussy that the League kids will be getting. In winter, their hot girlfriends and fans will probably have more clothing on, so there’ll be less distractions. Wouldn’t want something so petty to….JINX it. (laughs very hard, really really hard)”

Beck apparently has all this figured out. VEAG will be standing by to hear from NBC’s higher ups to see if we will finally see video gaming get the respect it deserves as an athletic hobby.

NBC’s Sports Correspondent, Jeff Gordon, has just emailed us personally and has confirmed League of Legends’ inclusion into the 2018 Winter Olympic Games.

You heard it here first, folks. Rev up your heroes, and let’s find out who really is King of the Jungle in 2018.