In an update to an article we posted yesterday about Netflix creating a live-action Legend of Zelda series, Netflix today announced that they have finalized who they are going to cast for the leading roles, and you’ll be surprised at some of the big names. Netflix president Kelly Bennett had this to say:

We’re proud to announce the cast for the upcoming Legend of Zelda live action series. As you know, we want the series to be a more family-friendly version of Game of Thrones. Word got out yesterday that Peter Dinklage will be playing the role of Link. Well we have an equally star-studded supporting cast as well. Here’s who we’ve picked. 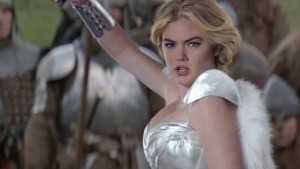 Kate Upton will be playing the role of Princess Zelda. We’re sure she was chosen because of her enormous contributions to entertainment.

Playing the role of Zelda will be Kate Upton. After I saw her in the Game of War commercials, I knew she had the, uh, ‘talents’ to play Zelda. She’s obviously a gamer too, since I would imagine Game of War and Zelda play similarly… right? Anyway, I wanted to show that Zelda had a sexy side, and I think we hit home here.

In the role of Ganon we will be using state-of-the-art CGI techniques to portray him. However, his human form, Ganondorf, will be portrayed by Dwayne “The Rock” Johnson. Now he says he’s never played a Zelda game in his life, but really, who has? But I digress. The bulk of our budget went to Dwayne’s casting, so we’re confident he’s going to deliver. 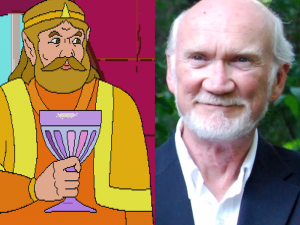 This casting is what ALL true warriors strive for!

Playing the role of The King is a man who is very familiar with the role, Colin Fox. He has voiced King Harkinian in both the original Zelda cartoon, as well as the groundbreaking games from the Zelda CD-i series, which has become an internet sensation. We’re happy to see him don the orange and yellow.

Impa will be portrayed by the mom from Everybody Loves Raymond, Doris Roberts. Yes, she will be wearing the corset and tights like in Ocarina of Time for that authentic look. 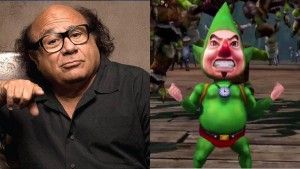 The man himself. Tingle is expected to be identical to Frank Reynolds.

Last but certainly not least, playing the role of Tingle is Danny DeVito. Danny agreed to do the role for free, saying that he’s a huge fan of Kate Upton. However, he did request a sex scene between Tingle and Zelda, which will be honored. We are pleased with Mr. DeVito’s graciousness.

The first season of the series will be filmed in the coming weeks. How the Tingle/Zelda sex scene will factor into the story of the television series remains to be seen.