That’s what Bim (Short for Brackenheimerheim) tells us, anyway, as he pays the Gamestop employee his $60 for a new copy of Dead Rising 3. Bim is a frequent internet forum user, and says that gaming just isn’t the same anymore.

“Nintendo sucks now, Microsoft sucks now, Sony sucks now, SEGA’s dead in the water, hell, even the PC is struggling to please me in this day and age. Thank GOD I can go on 4chan or Reddit and just vent my frustrations, because there’s always just something wrong with every single game released now. Back in the original Playstation era or just the 90’s in general, games were complete packages from the start. No bugs, no glitches, no on-cartridge DLC, no lag, every game had a silky smooth framerate, and they weren’t trying to be like damn movies! They were games, for Christ’s sake, and proud of it! Duke Nukem! Devil May Cry 2! The first Elder Scrolls, even though I don’t remember what it’s called! Silent Hill before it went to shit! I’d even play a Nintendo game and not feel like a total pussy back then!” 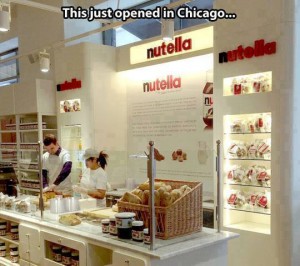 We treated Bim to a fancy brunch for our interview on the current state of gaming.

Bim says that stories in games are also holding them back. Recent narrative-focused blockbusters like The Last of Us and Bioshock Infinite have won various industry awards and have received critical acclaim for their movements in the growing medium, but Bim explains to us why he thinks bringing more character to our characters is actually a bad thing.

“Ooooh, Bioshock Infinite is so deep!” He claims sarcastically as he takes a bite of his Nutella sandwich. “…If it’s so deep, then why do I understand it, huh? Infinite was a cash grab, it didn’t play the same as the original Bioshock, so it’s absolute shit. Not even a good game in the slightest, it should actually be scored at 0/100. It doesn’t even take place underwater, so how can they call it a Bioshock game? You know what a real intellectual game is? Tetris. And not that shitty Wii version, either. I’m talking vomit green background, black pixels, original Game Boy version. That’s a real thinking man’s game. Oh, and The Last of Us? More like the ASS of us! The writers failed at that game as soon as they decided to put zombies in it. Real fuckin’ original. Romero’s rolling in his grave.” 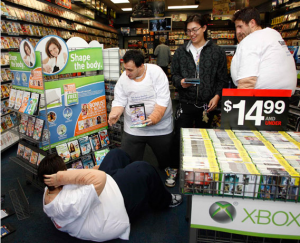 A shot of the Gamestop where Bim bought his copy of Dead Rising 3.
Some gamers just wanna have fun, but those gamers weren’t born in the 90’s.

Curious, I asked Bim why he decided to buy Dead Rising 3 if he was so against zombies. His response was quite surprising.

“Listen, dude. I didn’t buy this game because I wanted it or was even interested in it. I actually buy things I don’t like because I want to have detailed reasons as to why I hate it. How am I supposed to look counter-culture online if I only make blanket statements? I’m trying to gain respect and likes here, maybe even get laid if a girl who lives in my state sees me. You wouldn’t understand, you actually think modern games have positive elements in them.”

VEAG said goodbye to Bim for a few days, letting him play the game and form an opinion on his own. One of VEAG’s co-founders, Shane Quay, eventually received a text on his mom’s cell phone from our angry friend that invited us over for a follow up interview. Pens, pizza rolls, and Xbox One controllers in hand, we loaded up in the company mini-van and headed back to Silicon Valley. The 20+ hour drive was harsh and arguably not worth it, but for the sake of the prestigious art of gaming journalism, the intellectual gamer crew stood fast in the wake of Bim’s probable hateful eruption for Dead Rising 3.

Bim was waiting for us at the front porch of his halfway house. His palms were sweaty, knees looking a bit weak, even his arms seemed heavy. He couldn’t even open the door to let us inside without assistance. Cliff Lerma pointed out that there were vomit stains on his sweater, mixed with some kind of spaghetti sauce.

He opened his mouth, but the words wouldn’t come out. Finally, a whisper frothed from his pale lips.

The next few moments were nothing but a horrifying blur. Bim frantically charged towards the coffee table in the living room, haphazardly falling face first on the floor. His trembling hands opened the shelf beneath it and pulled out a loaded handgun; the click of the safety being turned off could be heard like a pin dropping. Before we were able to intervene, the gun was in his mouth, and you could see the sweat dripping down his brow like a windshield with a fresh coat of Rain-X.

VEAG is terribly regretful to report that Brackenheimerheim Jackson is no longer with us.

To the gamers of the world, please take this as a lesson. Don’t let Bim’s death be in vain. Video games released post-90’s are obviously nothing more than a collective pile of horse excrement…Bim has opened my eyes to this. If you find yourself enjoying a current generation video game, please call the Video Game Enjoyment Hotline or contact VEAG at:  www.facebook.com/VideoEntertainmentAnalysisGroup