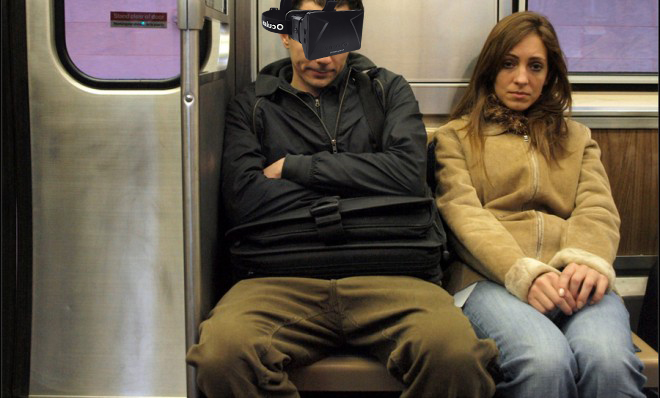 Jeff uses the power of Oculus and his imagination to virtually relive the days where he was allowed to sit however he wanted. You know, America, or whatever.

Jeff (who has opted out of letting us use his last name) is just a regular guy. Unfortunately for him, being a regular guy is a pretty terrible thing to be as of late. In the endless attacks against regular guys, one of the more recent additions to the list of crimes against humanity people like Jeff have committed is sitting with his legs spread while aboard public transportation. Obviously, this is a very big deal, because it’s a minor inconvenience that cannot be remedied by a simple, polite request to move his legs a little. Nay, that would require speaking to someone, and we all know that is arguably the most terrifying thing a person can do, especially if that person is female. 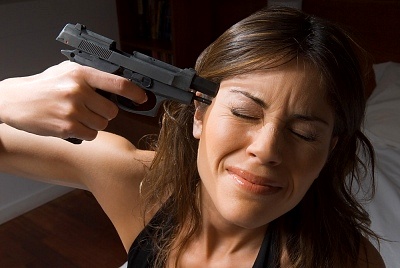 Jeff has gone so far as to cross his legs whenever he sits on the subway during the daily transit to work now, but he still hasn’t been freed from the ridicule of Tumblr websites such as mentakingup2muchspaceonthetrain that were created solely to point out that men spread their legs when they sit. Some might question why those Tumblr blogs exist when many who frequent such obscure pages most likely hardly leave the house, but that point has been deemed triggering and irrelevant by much smarter, cultured people than I. Jeff states that he has been recognized in public multiple times now, and the harassment is getting “kinda annoying, but I don’t really care.” On the bright side, he has a plan to keep his seating traditions alive using the power of video games and the Oculus Rift peripheral.

“Yeah, people recognize me now when I’m on the subways or whatever. At first they didn’t know my name, but I saw girls pulling out their phones to take pictures of my crotch area and I heard them whispering stuff like, ‘hey, it’s that guy who sits with his legs spread, what a terrible person. I’m judging his character for this and I don’t find it unreasonable to do so.’ I’ve changed the way I sit, but it doesn’t seem to matter; the damage has apparently already been done. I’d say I was glad none of them knew who I was, but someone in my social circle found the photos on Tumblr and decided to make a new Facebook page about it called Jeff the Fucking Asshole – Fuck You Jeff, so now my dad is aware that I’m hated by strangers. But there is a silver lining, I guess. I’ve been developing a little game with the Unity engine that lets people ride a subway or bus wherever they want, and they can use the Oculus Rift to interact with other passengers and sit however they feel like sitting. I probably won’t charge for it because I know exactly what other guys are going through; I hope they enjoy the game when it comes out.”

Video Entertainment Analysis Group wishes Jeff the best. For updates on his sitting game, please stay tuned. As of now, Jeff is shooting for a Q2 2015 release.