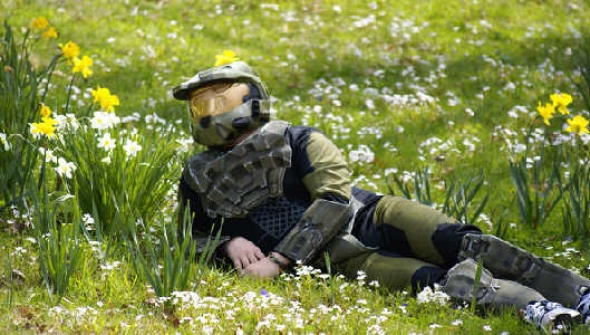 The Chief does have a softer, more sensual side. It’s just hard to show it off in the middle of a war that could wipe out our species.

Social justice and video games are still a fairly new concept when put together. People never really noticed or even cared that perhaps some minorities weren’t getting the exposure they deserved on other peoples’ artistic endeavors. All that has begun to change, thanks to feminist movements led by the beautiful Anita Sarkeesian and a legion of internet “social justice warriors” on sites such as Reddit and Tumblr.

Games that do, however, pay offering to those of special ethnic backgrounds or sexual orientations are heralded as being progressive and modern, evoking universal praise from critics and fans alike. Obviously, it’s in the developer’s best interest now to include these sorts of characters that appeal to the oppressed, so that they stand out from the crowd and make more of a name for their brand. Inevitably, this leads to more sales, and that’s what matters most to the company when it comes to brass tacks. A recent example of this is Ellie from The Last of Us’s closet exodus, when she kisses another young black girl named Riley in one of the game’s “Left Behind” cutscenes. This was a smart move by Naughty Dog: a double whammy. Appeal to lesbians, African-Americans, and fans of underage interracial lesbian intercourse. Fans have already reacted positively to this cutscene, increasing their love for the game even more. Just check out Tumblr if you need proof.

There’s always a critic, though. There have been whispers that Naughty Dog only wrote this scene in for attention, for only the appeal and not the integrity. Those ghosts claim that it was a random inclusion of character development, and if it truly mattered, it wouldn’t have been revealed in the game’s DLC, rather, there would have been proof of it in the original release. What do we here at Video Entertainment Analysis Group think of all this?

Conspiracies, and nothing more. A true intellectual never questions the beauty and perfection of the minority.

Nevertheless, Naughty Dog’s 13-year old (Ellie was 13 in the DLC, since it was a prologue) make out sesh caught the attention of another big franchise: Halo. 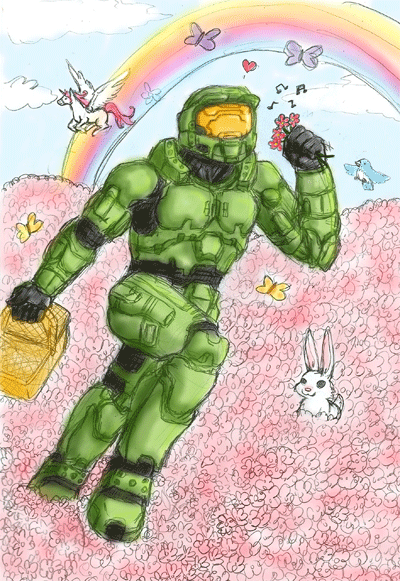 Finishing the fight doesn’t always have to mean finishing by force. There is always a peaceful solution.

The Halo series is legendary, pun intended, but with 343 Industries’ rebranding, it needs a little extra kick to jump back into relevancy. Halo 4, while successful with fans and critics, also disheartened a lot of Bungie aficionados, as well as lost even more traction against the super blockbuster, Call of Duty.

Phil Spencer, corporate vice president of Microsoft Studios, had a little chat with the VEAG crew about what he plans to do to make the upcoming fifth entry of the Halo franchise rise above the competition.

“Listen, I’m a gamer, first and foremost. This vice president gig…it’s just a paycheck for me. I legitimately care about the artistic value in video games, and let me tell you, after I played The Last of Us’s Left Behind DLC, I knew that I had a career defining moment in the pixels of my 4K television. After Ellie kissed Riley, my heart skipped a beat. It was not a cutscene, but a victory for the LGBT community. I just knew we had to bring that to Halo. Now, I’m no screenwriter or anything, but I can confirm one important aspect of Master Chief’s new journey. Master Chief is homosexual. The excitement doesn’t stop there, though. After seeing Riley, we decided to make Chief black too. Some of you may have seen the special scene at the end of Halo 4’s Legendary mode, but that was not canon. This IS canon. Chief ain’t no cracker. Master Chief is the first ever gay, black Spartan, and now the Covenant has one more thing to fear: equality.”