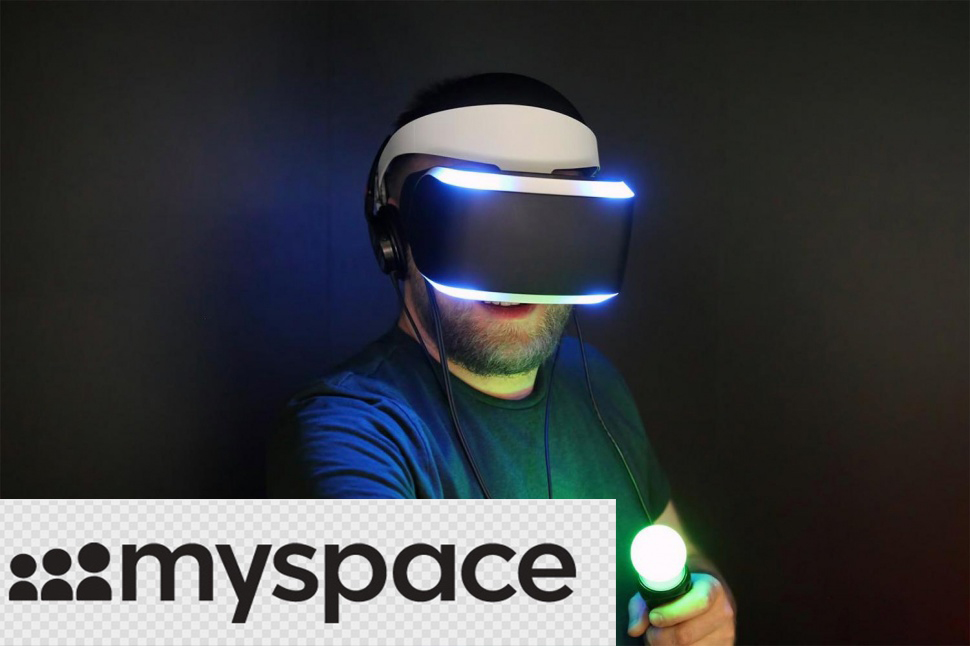 Watch out VR gamers, there’s a new trooper in the mix.

Console wars are now officially a thing of the past. Suit up, gamers, it’s time for a new battlefield: Virtual Reality wars.

In a closed-door conference at GDC 2014, Myspace CEO Tim Vanderhook caused the room to erupt into breathy whispers as he revealed that the social media burnout would be making a comeback. How did they plan to do this, exactly? By putting their uninvited, tiny hand into the future of gaming.

“I think it’s gonna be a good time,” Vanderhook explains, “…I mean, everyone loves Myspace for changing the face of the music industry single-handedly, so why not invest into the next big thing in video games?”

What Vanderhook didn’t know, however, is that Zuckerburg and the gang were planning on making a purchase of their own that would actually be made public. Now, Myspace looks like copycats in the eyes of gamers worldwide, so the company has to try to save face to make up for the secrecy.

For those of you that live inside of a rock, Facebook just bought out Oculus Rift for $2 billion. A PR representative was unable to comment, but several posts by Facebook employees on Reddit claim that the social media juggernaut “has their reasons” for the controversial transaction. We can only assume that means we will soon be playing Draw My Thing and Candy Crush in a realistic, virtual environment, with plenty of advertisements for leather chaps on Amazon.

One person who was able to comment due to his unemployment, however, was Tom Anderson, the original founder of Myspace and a pop culture icon. We used FaceTime on our iPhones to chat with the 43 year old soon after the Oculus event. When asked about Facebook beating Myspace to the punch on the announcement of their VR goggles, Tom could barely breathe between convulsions of laughter.

“Serves them bastards right! You run my trendsetting site to the ground, and then you even screw up the Hail Mary! Holy shit, I mean, they had -just- bought Project Morpheus, and then Facebook somehow got the publicity first? Oh my god…”

While the internet seems furious at this sudden turn of events, any press is good press, and Facebook is now the innovator in the new gadget race.