Months of speculation finally came to an end after Nintendo uploaded the trailer for “NX,” now known as the Nintendo Switch. The trailer showed off REALLY SEXY TEENS AND YOUNG ADULTS LIKE ME AND YOU playing ported games on a small screen with small controllers, but at least it’s not retarded like sitting on the couch with those friends and playing on a 4K TV where everyone can see what they’re doing. There’s no way to just wait to get home before you do that, either. You have to play video games at the airport. More shit to run through at the security check. You have to play video games at the basketball court. Because…you’re gonna get tired of playing real basketball and the risk of having your expensive devices lost and/or stolen gets your dick hard. Just, always play games. Fuck that 3DS you have, there’s a new low battery life in town. Check out the trailer below.

Despite all the neat things you can do with the highly portable controller, what people looked into the most was the port of Skyrim Remastered being played, which turned out to be a game that isn’t even confirmed to be coming to the system. Weird, but whatever. Skyrim’s old and shit anyway. If you wanted to play Skyrim, you have at this point. Unless you were really poor until just now.

Here’s where things get epic. Shortly after in an interview with Eurogamer, Nintendo then told consumers that actually none of the games presented in the trailer are confirmed to be for the Switch.

Public Relations in video games are awesome, and we here at VEAG are glad that the industry has become so commercialized. We were so happy to hear that the trailer we watched was pointless, that we reached out to Nintendo so they could tell us more about the video they did for fun. It’s been a while since I’ve talked to that stallion, Reggie Fils-Aime, so imagine the pleasure I felt being in the same room again, the high voltage intensity that comes with the topic of a new Nintendo console making the air smell faintly like sex without restraint. Maybe that was just Reggie. The pants he wore were tighter than last time. It’s like he knew. He knew what road my eyes were taking. The man is never wrong. 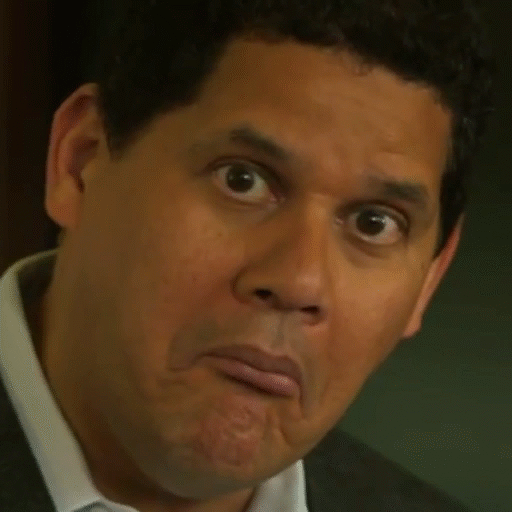 VEAG: Hello, Mr. Fils-Aime. It’s great to speak with you again. Been a couple years, hasn’t it? Last time we spoke, we discussed Nintendo’s venture into mobile dating apps: NinTinder. How have things been since?

Fils-Aime: Yes, it has been a while, but I see the years have been kind to you. You’re looking fit. Looks like someone hasn’t abandoned their WiiFit Plus! Always makes my blood rush talking with Video Entertainment Analysis Group.

Fils-Aime: (Laughs) We gonna skip the bullshit this time? I’ve got the presidential suite at the Hilton a few miles away. You, me…I’ve got some ‘switching’ planned tonight for sure.

VEAG: Sorry, Reggie, you know the deal. Gotta have something to bring back to the editors. Talk first, shoving those little vibrating Switch controllers in our asses later.

Fils-Aime: You know, I could just take you right here. You’re playing hard to get this time, it’s cute, really, but you wouldn’t stop me. You keep looking down at what’s yours. Won’t you let me give it to you?

Fils-Aime: Your job? Let me ask you a question. What truly matters to you?

Fils-Aime: My eyes, Josh. Look in my eyes. Look at them, dammit. Tonight, worship me, and I will fill you with so much ecstasy that reality will crumble around you like great stone into microscopic sand. My touch will ignite a neon cascade of searing pleasure that will quake your body as it seeps through every inch of your mortal being, replacing your very cytoplasm with thick, ancient, orgasmic honey.

Fils-Aime: Answer the question. What truly matters to you?

VEAG: All I want is you. But we are only a moment in a single night, Reggie. I have to survive the rest of them alone in this coldest of worlds.

FIls-Aime: Alright, fine. We put out a video. Everything in it is conceptual and only a guideline for what we may release in the future. At the end it says “March 2017,” but that’s also conceptual. Do not assume anything in the video is representative of what we’re creating. Do not assume Nintendo Switch is our next console.

VEAG: That’s all I needed. Now, for God’s sake, take off those fuckin’ pants.

Fils-Aime: What about the hotel?

VEAG: Pointless. Neither of us are going to be resting at any time in the next twelve hours. 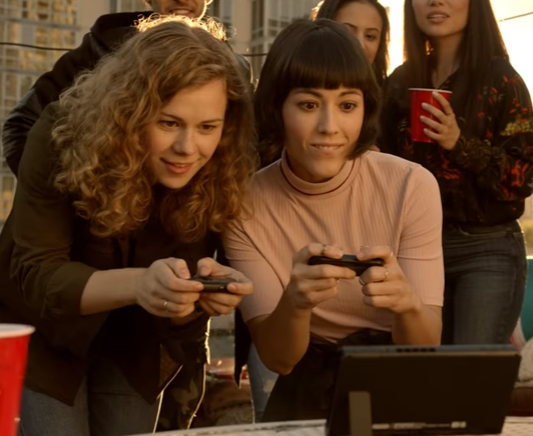 So, basically we have no idea what’s going on at Nintendo. Nothing new. Just buy the thing they put in front of you, and you’ll be okay.

Nintendo’s whatever is coming out whenever. Who the fuck cares about video games anymore? Stay tuned to Video Entertainment Analysis Group for updates on whatever.