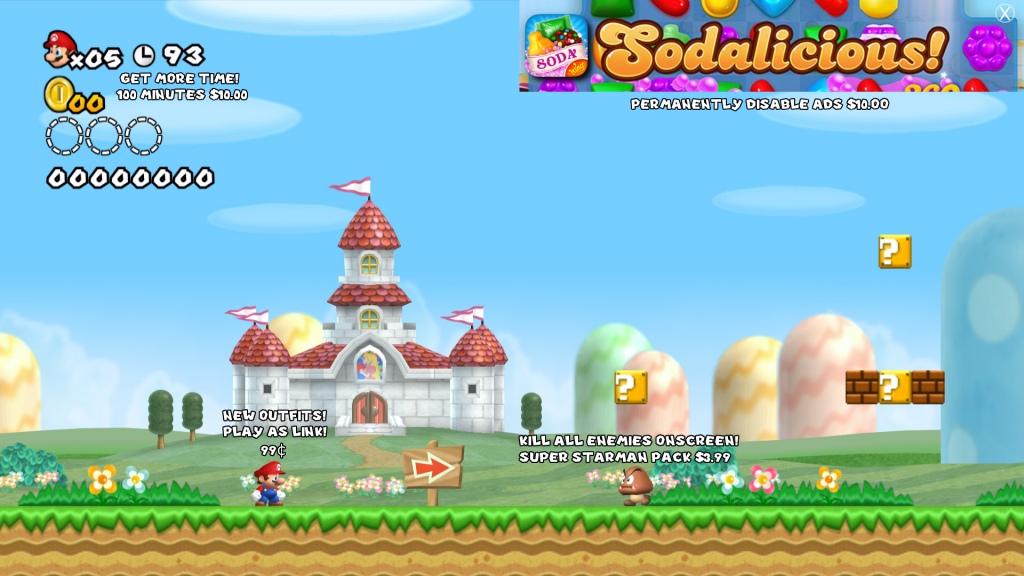 Just a few services Nintendo will be offering in upcoming mobile games.

KYOTO, JP – Since the late era of the Wii, the rise of casual mobile games in the world video game market, Nintendo has been pressured to make a move in that area, but had steadfastly refused to do so. However, because of four years of profit loss, Nintendo had broken their vow and announced a partnership with fellow Japanese developers DeNA to make new games for the smartphone market using existing intellectual properties. Since then, Nintendo CEO Satoru Iwata has remained silent on what games would be coming to market later this year, but he finally broke the silence with select press in a private conference earlier this morning.

“Please understand, we have no intention of bringing retro games to the mobile platform, as they are not properly optimized for non-tactile controls,” Iwata said. “However, we are able to create spinoffs of current game franchises, and we already have three games in motion. The first is the Star Fox title that was announced last year. Star Fox Trainer allows you to touch the screen of your phone to keep you Arwing ship balanced and moving through obstacles above and below you. If your ship touches an obstacle, you lose. The training course never ends, and your objective is to beat your own high score. This game will be free to download”

“The second game in our mobile line-up is from the popular New Super Mario Bros. series. New Super Mario Bros. Pocket features several levels from past entries in the New Super Mario Bros. series, from both the handheld games, to the main console games. This game will be Free-To-Start. Additional level packs may be purchased for $1.99 each, or $10 for a package bundle. Other services, such as power-up packs, costumes, and characters, will also be available. Those that download the game day-one will receive Peach and Rosalina’s (sold seperately) swimsuits free of charge.”

“The third game in our mobile line-up is The Legend of Zelda Adventures. It is a non-canon dungeon crawler where you play as Link. Most dungeons are randomly-generated, though dungeon packs will be available to download for a price. Link is able to level-up throughout the game to improve his skill. However, much more powerful weapons will be available to purchase, and you may purchase a level-up for $2.99. Your hearts will only regenerate once per day, so to play again after a death, you must purchase more hearts.”

“As you can see, we at Nintendo will be offering games and experiences that you’ve come to expect from us. Please understand, we really need the money. Thank you all, and we hope you look forward to our new mobile games.”