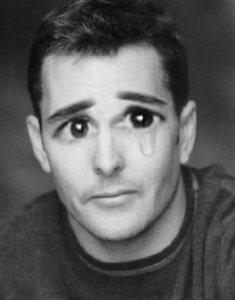 NEW HAVEN, CT – American actor slash voice actor Nolan North was arrested today on a warrant issued by the Connecticut Supreme Court. North, known for his roles as Nathan Drake from the ‘Uncharted’ video game series, as well as that one guy from Assassin’s Creed that isn’t Ezio, has voice acted in several cartoons, and over 100 roles in video games, owing to the reason for his arrest.

When we inquired the New Haven Police Department, Chief Dean M. Esserman explained that “his role as a video game ‘everyman’ is one that already belongs to Sir Troy Baker.” On an unrelated note, Troy Baker was knighted by the Queen of England for excellence in voice acting last Thursday.

“We take matters like this very seriously,” Esserman stated. “If every voice actor on the planet was in as many games as Sir Troy, we wouldn’t have the Roger Craig Smiths, or the Mark Meers, or the David Hayters to take up the smaller, less important roles in video gaming. Let me put it this way: would you want Dan Green to play the same parts as Vic Mignona? I don’t think so. There’s a hierarchy in the world of voice acting, and it must be adhered to at all times, and if that means arresting those that don’t know their roles, then so be it.”

We tried to contact Sir Troy Baker for comments, but his butler, Jon Curry, said that he was unavailable. He did note that Sir Troy had some frustrations in that Nolan North had a voice named after him in Saints Row 4 while he didn’t, but this is only hearsay.