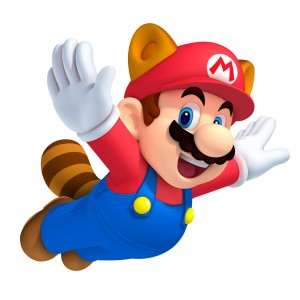 Can you name this character?

“I just went up to the Gamestop to get my kids some new Nintendo games,” recalls area man David. The father of two kids, he wanted to reward them for their good grades. “Figured I’d go grab that Zelda XL my son’s been clamoring about this past week. Decided to grab Mario 3D World since my daughter was wanting that, and that Mario Party 3DS game as well, since I remember growing up with him. I have a feeling they’ll share Mario Party like good kids, everyone enjoys that game.”

He considers himself a gaming expert for his age due to his kids, but it seems that all the Mario’s and the Pokémon aren’t all there is to it, as David has now learned. “When I went up to the store though they had all sorts of green balloons and big green “X” boxes all over the store. Something about it being a TV? I didn’t see a screen on it. See the Wii U has one on it, I don’t get this stuff.” David also lamented being ridiculed for his lack of gaming knowledge. “The kids working there asked me why I was buying all this childish Nintendo stuff and not the Xbox. Haven’t they heard of having kids? Guess not, I suppose they’re too young to be doing that.”

VEAG will be reaching out for comment once he learns of what his kids see and hear in High School.