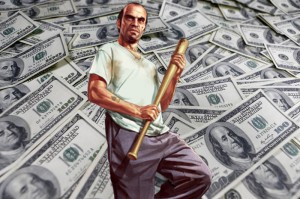 First, it was the hipsters. Now it’s the business owners.

SAN ANDREAS, CA – In what appears to be a sea of lawsuits against one of the world’s most beloved game development teams, it’s time to chalk up one more. This case, though, is not about another opportunistic middle class minority or Hollywood afterthought attempting to steal a piece of Rockstar’s (arguably stolen) pie. It’s about Rockstar’s pie being too big.

Within the first three days of it’s launch, Grand Theft Auto V broke sales records all across the board, pulling in upwards of a billion dollars. That alone would make it undeniably the quickest selling form of media entertainment in history. It outsold Michael Jackson’s Thriller, it got better reviews than Citizen Kane, and it’s soundtrack rivals The Sound of Music itself in quality. Sam and Dan Houser have created both a monster and a masterpiece, with it’s gritty tales of bad people doing bad things allowing us all to live the life of a shoplifter vicariously. All forms of creation have laws, however, especially when the results have such impact.

Enter Jack Jaxon, a local Mom n’ Pop business owner (also from New York) who works just a few blocks away from the main Rockstar headquarters. Jaxon’s store mainly deals in common goods, such as food and general supplies, but he claims that being close to the juggernaut game developers is diluting his opportunities for profit.

“Now, before you start calling me crazy, just hear me out, okay? Everyone I’ve told about my upcoming lawsuit has said something along the lines of, ‘How in the world are video games taking money away from you?’ Well, think about it. Rockstar has breached the profit ceiling! They are literally making too much money on GTAV, to the point where there isn’t enough money left to spend on local businesses! I’ve had customers come in to buy a Coke or something, but when they pull out their wallets and realize it’s empty, they say ‘Oh, shit. Forgot I bought GTA,’ and then walk right out of the store! Something just had to be done about this, otherwise I’ll never be able to pay off my wife’s liposuction.”

If Jaxon’s plan works out, he also hopes to initiate legislation that will create an actual existing profit ceiling nationwide, which would mean that corporations as well as individuals can only retain a certain amount of income. He hopes that if this were to be implemented, everyone would have an equal chance at making a comfortable living. Curious, VEAG asked Jaxon how much he was suing for: how much he would need to make a comfortable living.

“Two-hundred and sixty-five million dollars,” Jaxon explains, “…because that’s how much they spent creating it. I just feel like it was the right number.”

Naturally, we had to reach out to Rockstar representatives for a reaction. Foreign correspondent Cliff Lerma was fortunate enough to have a quick Skype chat with Rockstar Games Creative Vice-President, Dan Houser, for an official comment.

“We get sued all the time by people like this. Lindsay Lohan was pissed because one of character models looked like her. Some reality TV show bitch is currently trying to sue us ’cause the GTAV storyline was almost like her fake life. We even had some guy named Kevin Pascal try to sue us since Trevor portrayed bald Canadian men in a negative light. This is different, though. I dunno, man, it’s weird ’cause we’ve never had anyone take us to court over indirectly stealing money. I’m not sure if our legal team can handle this. We might just have to pay the fucker off so he doesn’t shut us down. We’ll still have plenty of money left over so.” 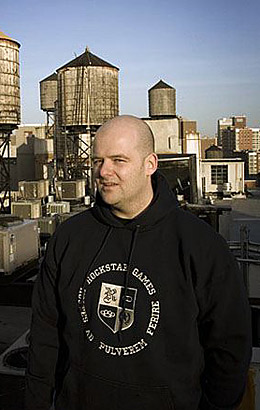 How will the Housers be able to survive if Jaxon’s Profit Ceiling prevents them from making billions of dollars?

According to the City of New York’s judicial department ledger, the court date for Jack Jaxon vs. Rockstar games is scheduled for July 5th, 2014.

For further coverage on the profit ceiling case, please stay up to date on Video Entertainment Analysis Group’s online network.