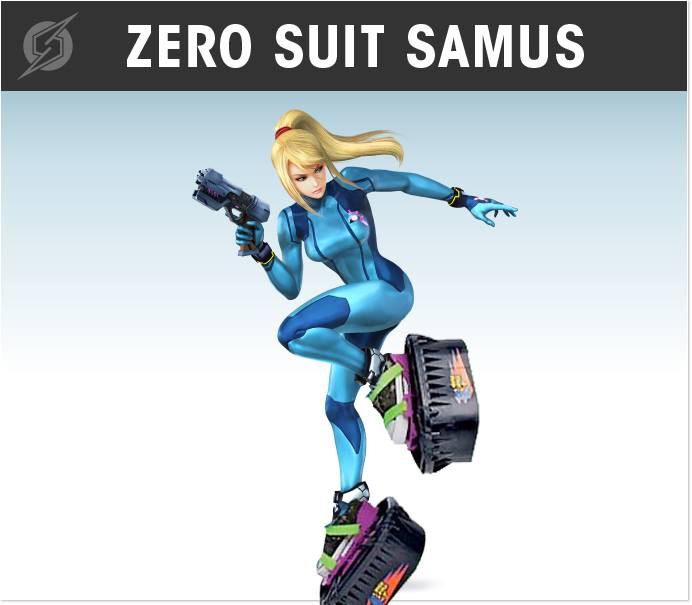 Sakurai’s decision killed two birds with one stone. 90’s kids will feel more nostalgic, while 10’s kids will no longer have the right to preach about patriarchal gender roles. They still will though.

ONTARIO, CA – Nintendo’s special edition of their popular “Nintendo Direct” series of online presentations, devoted entirely to the new Super Smash Bros. game for Wii U and Nintendo 3DS, featured series creator and director Masahiro Sakurai excitedly announcing both games’ new additions and a handful of new playable characters. Gamers everywhere were ecstatic to again play as Shiek, the sneaky ninja form of Princess Zelda, series veteran/lovable dinosaur Yoshi, and popular Pokemon Charizard and Greninja. The spry armor-less variant of intergalactic bounty hunter Samus was also announced to make a return from the previous game, so you can pause and zoom the camera in on her skin-tight behind in glorious 1080p. Fans were thrilled to once again take control of the sexy female brawler… but there is never a rose without its thorns.

In 2008’s Super Smash Bros. Brawl, Zero Suit Samus was very agile but lacked in physical prowess and suffered from sub-par recovery. For this new title, Sakurai decided to outfit the jumpsuit jetsetter with a pair of effeminate rocket-powered high heels for enhanced mobility and deadly jet jabs. This fashion accessory didn’t sit too well with radical feminists on the internet who saw this addition as nothing but “oppressive cishet vanity kill all men.” Apparently, the hi-tech stilettos taint Samus’ “kick-ass woman who can make her own choices,” archetype she is best known for, even though by that logic it was clearly her choice to wear the heels.

“OKAY BUT IT’S BAD ENOUGH THAT YOU GIVE ZSS LARGE BREASTS AND AN HOURGLASS FIGURE MEANT SPECIFICALLY TO FAT SHAME BUT THEN YOU GIVE HER HEELS AND PASS IT OFF AS A FEATURE? OF THE GAME??? WHEN SHE JUMPED ON SCREEN WITH THOSE HORRIBLE, FILTHY MAN-IMPOSED HIGH HEELS I HAD AN ANXIETY ATTACK. FUCK OFF NINTENDO, YOU SLIMY FUCKING PATRIARCHICAL HUMAN TRASH COMPANY FUCK. DO NOT PLAY THIS GAME. SIGNAL FUCKING BOOST.“

Tirades of a similar tone soon began to flood Sakurai’s inbox after Nintendo of Japan’s website was hacked by radfems and his personal e-mail address leaked. Mistaking these empty complaints as genuine fan feedback, Sakurai decided to make a special announcement on Nintendo’s social network Miiverse regarding the design choice.

“In response to this sudden surge of feedback over Zero Suit Samus, I instead plan to outfit the character with Moon Shoes as opposed to jet boots. They were popular children’s toys many years ago in the United States. Samus identifies with a large chunk of the crowd of Nintendo gamers who were children of the 1990’s, so what better way to give her leverage in the retro-cool age of 2014 than with footwear that evokes nostalgic feeling?”

Zero Suit Samus also has an alternate costume in which she sports baggy clothes and a shaved head. Feminists remain upset anyway.