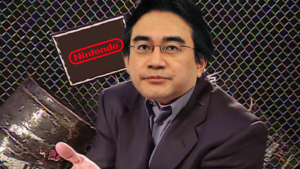 SAN FRANCISCO, CA – In an effort to maximize profit and cut losses, Sega Sammy Holdings announced that the company will be focusing on mobile and PC games instead of console gaming. On top of this news was the announcement of the legendary Sega building of San Francisco’s closure, where 120 jobs will be cut, and all remaining employees will relocate to Southern California. This leaves many with a bitter taste in their mouths, not only mourning the glory days of the Genesis and the Dreamcast, but also knowing that Sonic Boom may be the final console Sonic game.

Executives at Nintendo took notice of the controversial move, and are in preparations to buy the company’s assets should it fail. “This is never a good sign for developers, to move permanently into the mobile market,” Nintendo of America Senior Product Marketing Manager Bill Trinen said. “Look what happened to Atari. It’s on the verge of bankruptcy now. If the same thing happened to Sega, think of all the legendary franchises that die with it. We can’t allow it to happen. We won’t allow it to happen.”

During an executives meeting held today at Nintendo Headquarters in Kyoto, Satoru Iwata made a bold announcement. “We are prepared to buy Sega,” Iwata said. “The idea is not to keep the staff, aside from Sonic Team, but to keep the name Sega as a vanity label. We won’t keep all franchises, however. Should we purchase Sega, we’ll only keep the Sonic the Hedgehog, Alex Kidd, Jet Set Radio, Shining Force, Virtua-, and Daytona franchises. Square-Enix has expressed interest in Atlus, Yakuza, Shenmue, and Phantasy Star, Koei-Tecmo wants Shinobi, and Konami are interested in House of the Dead.”

Shigeru Miyamoto took the stage. “If we are to purchase these intellectual properties, I will become the head director of the Sonic series. Believe it or not, I have always been a fan of the series, to a point, that is; I feel the early days of Sonic the Hedgehog are very similar to the Mario games in how they look. It’s no secret that in the past 10 years, the series had become subpar, to say the least, and is in dire need of a different, and stricter creative direction. I look forward to bring the same creativity I do to Mario as I hopefully will with Sonic.”

Satoru Iwata prepared an English announcement in the event that Nintendo purchases Sega. The following is a transcript:
“Imagine that. Me…  Satoru Iwata. Imagine that! Here I am at Sega’s headquarters. How can that happen? Well, there’s only one way. You see, it was just a matter of time before we at Nintendo bought our former competition – that’s right, we own Sega. Therefore, in this special Sega Direct, I have the opportunity to address you, the Sega fans – I have an opportunity to address you, the Sega employees. What is the fate of Sega? Well, tonight – on this broadcast. – you’ll all find out. Please understand… the very fate of Sega… is in our hands.”