“Always pursue you dreams…you’ll reach higher than you ever thought was possible. Thank you for 1 million subscribers. <3”

Below this inspirational sentiment, you’ll see that this internet content creator goes above and beyond for his fans, repeating the same exact thing in the comments for those who aren’t able to read captions. Or for those who just needed the extra boost of encouragement and wanted to like the same thing twice. 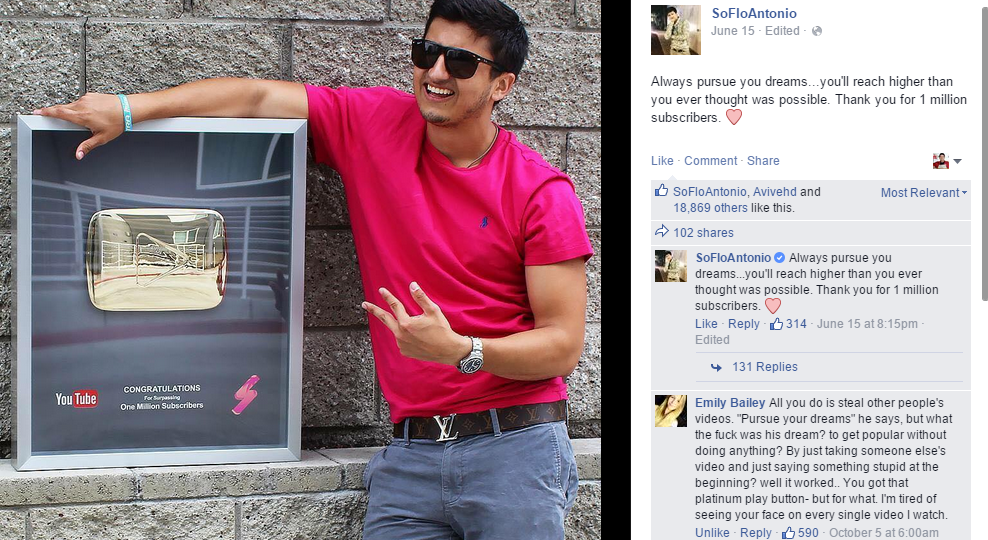 It’s truly amazing that someone as humble as Antonio Lievano has achieved online success through sharing other peoples’ content to the world. Some have criticized him, saying that perhaps he is not only stealing videos, but also memories, stories and opportunities from those he chooses to lift content from. Here at Video Entertainment Analysis Group, though, we like to keep an open mind. Without Antonio’s commentary prior the Vine, or PreVine, as I like to call it, combined with the words on top and on bottom of the video itself, people may have anxiety attacks before they’re able to read the comments section where he again repeats what the video consists of. It’s 2015, and mental disorders are at an all-time high. Antonio is just looking out for his viewers who may be more sensitive to basic thought processes.

I’ll be honest, without Antonio, I may have never started VEAG with my friend. It’s my dream to one day have my content taken without permission and reuploaded with the borders removed and big, simple words that teens can relate to placed on top of them. I’m sure that’s exactly why Antonio is so positive that we can accomplish our goals. Once someone goes viral, writes a hit song, or produces the next awesome superhero movie, pretty much anything original, they all have the chance to be reuploaded by Antonio, who then also gains recognition and money from that. They get free advertising where people can hopefully find the source material on their own, and SoFloAntonio gets to share what makes him happy with others! Win-win! 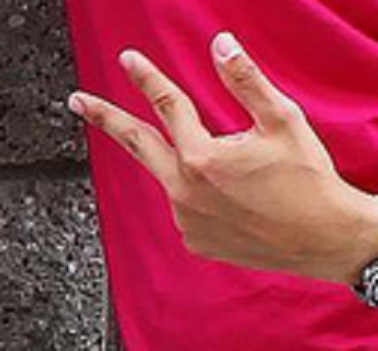 Strong, creative hands locked into a pose passed down by the ancient Greeks. Plato gave this hand signal to Socrates, who then passed it down to J.C., I’m talking Jesus Christ. While living in Jerusalem, Christ would offer this hand signal to all he met along his path, one of which being Sam Walton, the man who founded McDonald’s.

We reached out to Mr. Lievano for comment, but seeing as how we’re just a tiny ant on the e-spectrum compared to the SoFlo empire, we simply weren’t worthy of a response. That being said, if you’d like to see Antonio’s comment on anything he posts, all you have to do is check the comment section. It’s not really necessary for us to interview him. His heart’s already on his sleeve in emoji form.