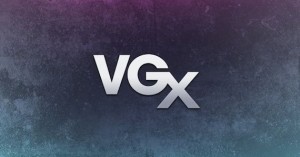 First off, why the rebrand? Why online-only for the live show?

“To be honest, we kind of just YOLO’d it,” the CEO (who asked to remain anonymous) explained, “We’re thinking ‘Hey, time slots are expensive on TV, so why not just do it over the internet?”

Funding apparently was a big issue for the cable network, considering the fact that they chose to call the rebranded awards show “VGX” since the advertising costs could be lowered if they made the “G” and “X” connect within the logo.

“That’s all, really, just wanted to save money on the logo. Some fans said there were going to miss calling it the Video Game Awards instead of the Very Good Xylophone show. I was mostly shocked that we had fans. I honestly had no idea people cared about the VGA’s! We just kinda used it as an excuse to annually garner niche media attention using celebrities who have no idea what they’re promoting. Sure, it’s cool that some secret trailers for upcoming games were shown, but this is Spike, not G-Force or whatever. The ad revenue we get from people voting on the site is pretty nice, too.”

Oh, and we asked. Yes, Spike’s CEO is totally pissed that the UFC got moved to FOX.