After reports of an unusually high number of users being born on January 1st at least 18 years ago, gaming giant Valve will soon require users to provide proof of their age before viewing mature content on the Steam platform. 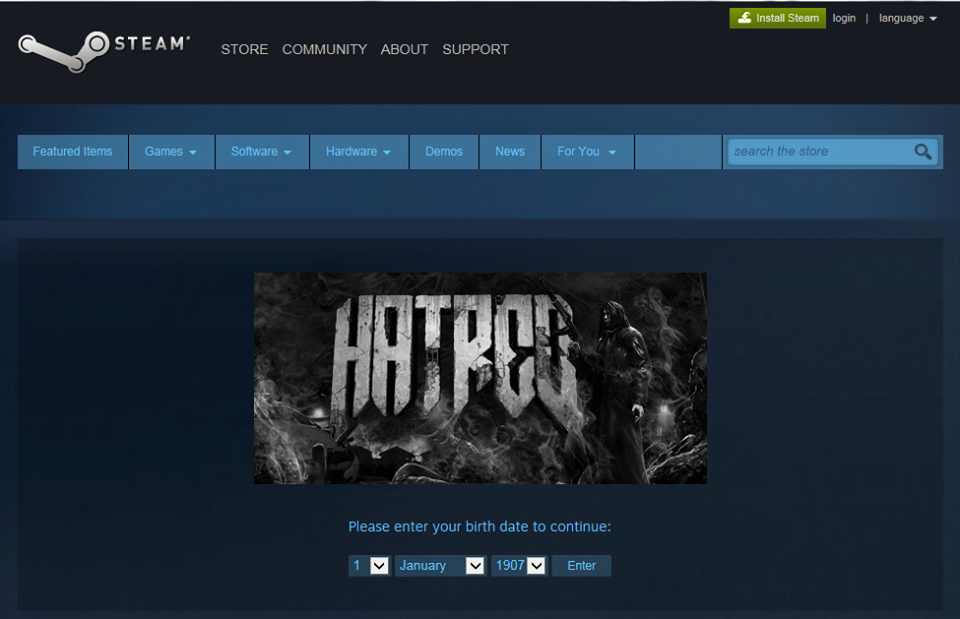 Get ready to jump through a lot more hoops to play those terrible Visual Novels. Your waifus are gonna have to wait.

“The safety and innocence of our audience is very important to us,” said co-founder and CEO of Valve Software, Gabe Newell, with whom VEAG was fortunate enough to score an interview. “If a child is smart enough to bypass the age filter by changing the year of their birth, we don’t want to reward that intelligence with gratuitous violence or sexual content. Similarly, if Steam is asking a user for their birthday and is unable to recall the birthday they have already entered when creating their account, we want to punish users who lie about their age for convenience’s sake. Just because we screwed up doesn’t give you license to lie.”

The changes coming to Steam are fairly simple. When a user attempts to view content on the Steam store that has an M rating or higher from the ESRB or the Steam community, Steam will request the user’s birthday, as usual. However, if the user enters any date that Steam has been programmed to recognize as suspicious, they will be denied access to the mature content. At this point, users may opt to enter their Social Security number on the Steam website and wait 2-5 business days for age verification. Should the user be successfully verified as 18 or older, they will receive an e-mail notifying them that they may view the mature content.

“The old system was silly,” said Newell. “Obviously, no one was born on January 1st. It’s the default date given on the age verification. Users have been changing only the year because that is all the age verification system was looking for. Other dates are also being ruled out, such as September 11th or April 20th.”

Steam, the leading digital video game retailer and social gaming platform worldwide, has been criticized by some for its digital rights management (DRM) policies in the past. Critics often state that these policies fail to protect consumers should Steam’s servers go offline. Newell had this to say on the matter: “So, because we’d rather not change how we protect consumers who have already bought games on Steam, we have chosen instead to protect yet-to-be consumers from seeing content they may possibly enjoy. In this way, fewer people will buy products on Steam and therefore will have no grounds to complain about our policies regarding purchased games.”

When asked about how this would affect income for Valve, he replied “At this point, we really don’t need any more money.”