SANTA MONICA, CA – Bad news for Naughty Dog fans; it appears that some sort of scientific website that we can trust because it has it’s own domain name has discovered that many physical copies of 2013’s Game of the Year, The Last of Us, actually contains feces where the game disc should of been. 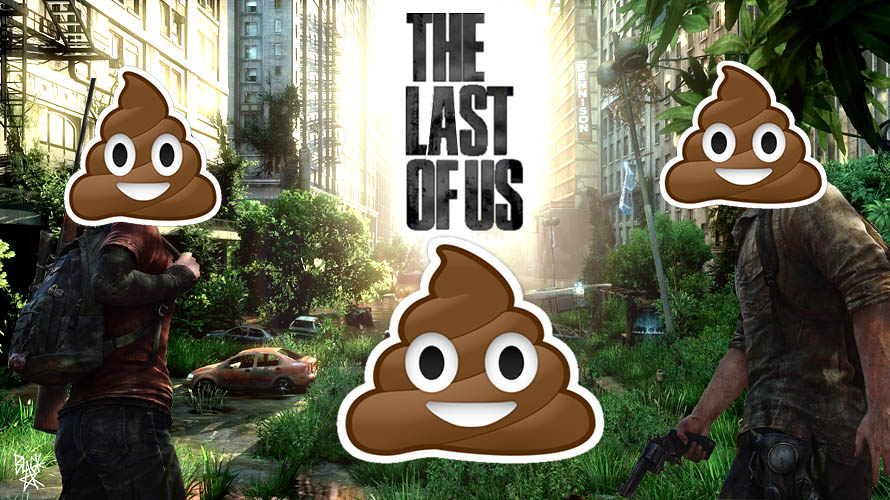 I don’t know about you, but I’m not cool with poo.

“I heard it was one of the best games ever made, but when I opened up the box, there was just a circle of dried shit. I was surprised that my PS3 was still able to run it, to be honest,” said one anonymous contributor who went through this stinky situation.

The science website stated that despite the circles of dried feces in the game cases, people still enjoyed The Last of Us because their friends with clean discs were so excited about it and all their favorite Youtubers and game reviewers were singing it’s praises unanimously.

“Yeah, it was weird at first, playing a game loaded from a circle of dried shit, but the story was very cinematic so I just kinda forgot about the game itself anyway. The brown didn’t get me down,” one VEAG fan writes.

It’s really not necessary for us to say that handling feces is very detrimental to the health of any gamer, so consider yourselves warned. If any of you reading this are planning on picking up a copy of The Last of Us or already have, double check your game disc and make sure it isn’t shit. If it is, flush it down the toilet and alert the authorities. Run your hands under some boiling water, and drink 8oz. of hand sanitizer to get rid of the germs.

No word on if The Last of Us Remastered also suffers from having shit on the disc, but judging from the review scores, it may not have mattered if it did. Be safe of there.