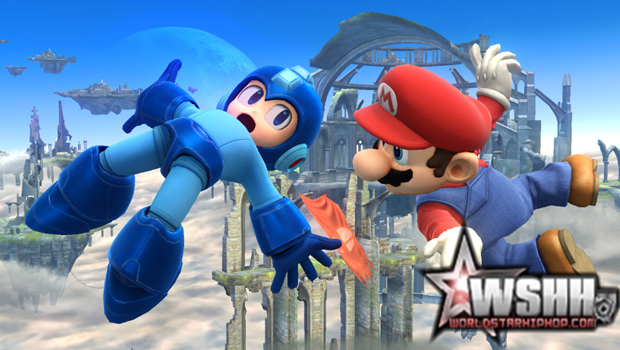 Get ready to show off how much of a pussy bitch your friends are to the internet, who totally cares!

NEW YORK, NY – One of the biggest comic book events of the year is just around the corner, and for some reason Nintendo is going to make an announcement there. The New York Comic Con has always been a safe haven for people of all fandoms to run around a convention center in their favorite superhero, anime, or video game character costumes, and for others to take pictures of them, preferably the half-naked women. Though I’m sure some homosexual photographers get their fix as well. I digress.

Due to the size and attendance of these events, it’s a great place for companies to show off what they’re working on next, whether it be a movie, video game, or what have you. It just so happens that VEAG intern Greg Morris bumped into a Nintendo of America icon outside of a Wendy’s. It was none other than Reggie Fils-Aime, and Greg was able to ask him a few questions about what he had planned for NYCC, if anything.

“We have a few big things to show off there, but I don’t wanna spoil anything for the fans,” Reggie says, “…but there is one thing I can share. You know how Mario Kart 8 has direct to Youtube uploads for races? Super Smash Bros. for Wii U will have something similar, but instead of Youtube, you can upload your fights to WorldStarHipHop.com. It seems to be the most popular place to watch people hurt each other, so it was a natural fit for Smash. We’ll go into more detail at the Con in a couple months.”

In case you aren’t familiar with the site, WorldStarHipHop is like BET.com, except people actually go to it. It describes itself as an “urban” entertainment website, which means it’s mostly intended for people of color, but if you’re white, you can still go there and enjoy watching people fighting in public recorded on outdated cell phone cameras. Personally, we here at VEAG think Reggie’s idea is a sound one, because social media integration is one of the hottest things going on in gaming, and it’s only been beneficial to the industry so far.

We’ll keep you updated as we find out more about the new feature, so stay tuned.

Greg did ask Reggie one final question: What about the 3DS? Will it also have direct uploads?

“3DS? Does that thing even do internet stuff?”