It’s been kind of a shitty week for Benny and Rafi Fine, and it could very well get even shittier.

The Youtube content creators recently announced “React World,” which was essentially a move to monopolize “React” style videos, where you put a camera in front of a hired actor and watch them react to things. Because reaction videos are some of the most excruciatingly difficult things to produce, “React World” was going to act as a form of resource for people who for some reason would want to tackle such a gargantuan task – at the cost of some of their ad revenue. React World was also going to be a form of vigilante justice, causing anyone who had previously made reaction style videos to be greeted with threats of legal action should they not remove their content/give TheFineBros most if not all of their revenue from said content. Since human reactions were obviously created by Benny and Rafi, since there’s been no other time in recorded history where human reactions have been documented, it’s perfectly reasonable for the brothers to “Fine” people who make considerably less money than them despite saying they’re “creators at heart.”

As usual, the internet reacted with jealous rage over TheFineBros success and new, cool, innovative idea. For some reason, people weren’t okay having their freedom to create restricted and flipped for easy money, and a mass “unsubbing” occurred, causing them to lose at least 500,000 Youtube subscribers in a matter of days. This was one of the biggest overreactions of all time, however, because guys, their intentions were pure the whole time! Look! 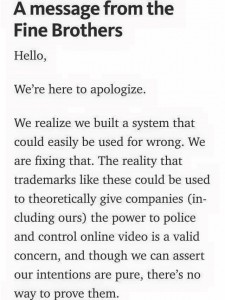 TheFineBros are taking their apologies one step further, though. They’ve mutually agreed to consume the feces of any man or woman chosen by viewer polls if you’ll forgive them for trying to screw over the parasite React! knockoffs. The only hitch is, you have to be subscribed to their Youtube channel. This is a great opportunity for fans to watch someone eat shit, so we here at Video Entertainment Analysis Group can’t wait to see whose shit TheFineBros are going to eat. Live. On stream. Maybe there will even be a urine stream for added apology points. 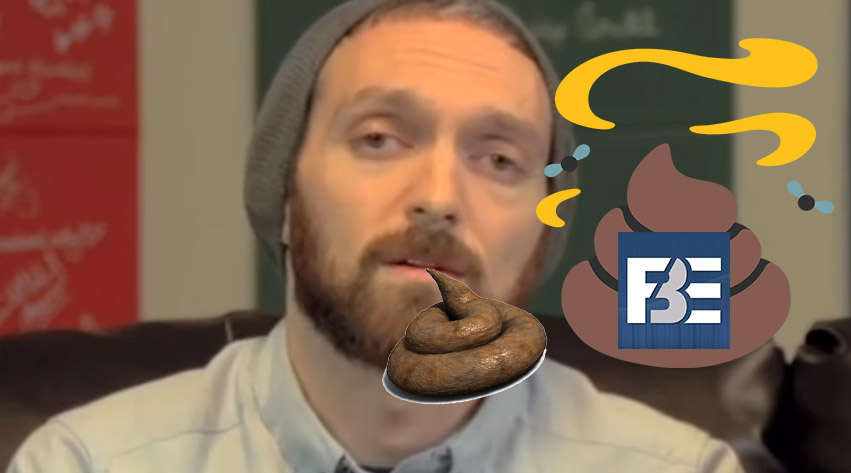 Do you have someone in mind, VEAGans? Let us know whose shit you want TheFineBros to eat in the comments section here or on Facebook. Use the hashtag “#EatShitFineBros” to let them know whose shit you want them to eat. We hope that once Benny and Rafi eat shit, maybe a couple people will start watching their enthralling content again. Because their content is just so great. React World was just a great idea.