Turns out one of the most promising movies of the year is getting the summer blockbuster treatment. Like many major film releases, it seems the little indie that could Unfriended is getting a cashgrab video game companion developed by Quantic Dream. For the unaware, Quantic Dream is the studio behind more cinematic gaming experiences like Heavy Rain and Beyond: Two Souls. 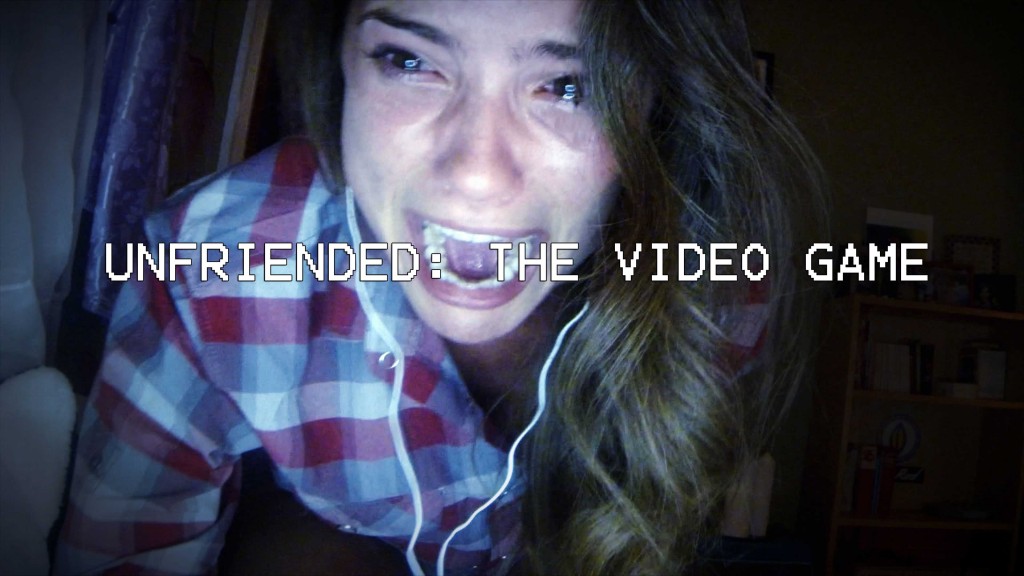 Millenials will love it!

Unfriended: The Video Game will be a downloadable arcade title for Xbox One, PC, and Playstation 4 that allows players to go through their own “Unfriended” experience, having their best friends #murdered while chatting (through the power of Xbox’s Kinect, Playstation Eye, or your own PC’s webcam) on fictionalized versions of Skype and Facebook. Another interesting thing about this game is that Quantic Dream has also created an Unfriended: The Video Game: The App app for smartphones and tablets that will import players’ real life friends and family through their Facebook accounts, as well as their own selfies to use as avatars in-game. If you wanted to, you could have your real friends brutalized instead of the stock characters in Unfriended’s 90-minute long campaign.

Gameplay will mostly consist of simple button inputs to make decisions as with most games of this nature, but Quantic Dream hopes to make the game as immersive as possible. For example, using the Unfriended app, you can upload a picture of yourself or your expensive and overrated Red Lobster dinner to your save file, and when you come home, you’ll find that people have “liked” and/or commented on your photo. David Cage, the game’s infamous director, says that there will also be a “Baby Mode” for those who don’t want to be spooked.

“Baby Mode is a feature of the game that I’m pretty proud of,” Cage said. “There’s no killing or violence, just an artificial social media network that makes it seem like your friends and family are actually interested in you. I think a lot of people may buy the game just to use Baby Mode and feel like they matter to someone. I use it a lot, personally. Especially after Beyond: Two Souls. Sometimes I think about that game and need a little pick-me-up.”

No release date on Unfriended: The Video Game yet, but we here at Video Entertainment Analysis Group are sure it will be showing up in your Youtube sub box soon enough as Let’s Players get early free copies of it and will be wanting to make some easy money.