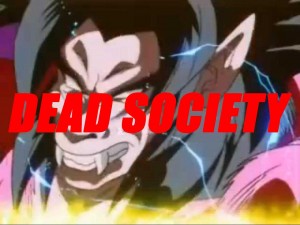 POULSBO, WASHINGTON – 50 years go a man and wife would sleep in separate beds. Now unmarried couples are having unprotected sex with multiple partners in “orgies” for fun, pornography and “birth control” is given away in public schools, homosexuals are able to marry in some states, and Hollywood is all the more humiliating women! All this, and much more, is caused by the increasing popularity of massive multiplayer online “MMO” video games, and Japanese anime. MMOs have oversexualized women in skimpy clothing, with IMPOSSIBLE figures I might add (adding to the insecurity women have in their bodies already), fighting giant creatures of magic. Tell me, how is it that our culture is now full of games like “World of Warcraft, Elder Scrolls Online, Runescape” etc. our sexual morality has also gone down? It’s a direct cause.

Now for Japanese anime. This is a wide topic. Most Japanese animes are full of big breasted women with tiny bikinis bouncing around for all the world to see. No shame, and very impossible figure. Men start thinking women should look like that, women get uncomfortable with their bodies, and have extreme amounts of sex to fulfill a desire their father left them with as a child. Susan wishes she could have said one last thing to her father, before cancer took his life in ’04. She really loved her father, for all of his faults he had, she still really loved him. He was a good man who meant well. I digress. Susan, due to JAPANESE ANIME AND MMOs became a prostitute and started taking cock in alleyways. Making 50,000 a week because of high prices, she spend all her money Japanese anime and MMOs because that’s the circle of sexual morality degredation.

Don’t let Susan happen to you. Stay away, and boycott these dangerous activities.

**Jesse Fredericksen is an eccentric hermit who lives in the perilous reaches of Washington State. Loves the arts and living. A romantic**