It appears that popular actor, totally not professional wrestler, Dwayne “Marginalizing His Past Out Of Artistic Insecurity” Johnson is starring in a completely necessary video game adaptation of the 80’s classic arcade title, Rampage. Who is he playing? We’re not quite sure yet. He may be playing George, the giant gorilla, or he may just be an ordinary athletic and handsome man placed in a extraordinary situation where monsters attack the city he loves.

Although the Rampage movie (not the Uwe Boll catastrophe) was initially announced in 2011, it’s 2015 now; this movie needs at LEAST a female co-star, if not a female lead protagonist that makes The Rock look weak and childish and dumb and fat. Who better to do this than the Feminist (capitalized to show importance) icon herself, Anita Sarkeesian, who has not only used thousands upon thousands of Kickstarter donators’ dollars to create ten minute videos in front of a green screen, but who has also been on TV before?

Anita’s acting abilities displayed on The Colbert Report and Nightline really proved how much talent she has. Her TV/Youtube character really comes off like she cares about feminist issues and wants to change society for the better, as long as people donate enough money.

Rampage’s Lizzie is a strong female character, as in literally strong. She eats people and climbs buildings. Anita’s fanbase can pretend all the people Lizzie eats in the Rampage movie are misogynists who enjoyed Kanye West’s “Power” music video.

Not to mention, she is a very appealing young lady. Put her in a nice, conservative sundress standing next to a hunk of a man like Dwayne Johnson and get ready for the ticket sales to come pouring in. We here at Video Entertainment Analysis Group are rooting for Anita to get the role; should we start a petition or something? A Kickstarter? Let us know how we can help, but not help too much. Wouldn’t want to completely create this opportunity for her, because everyone knows she could do it herself if she wanted to. Anita can do anything she wants. 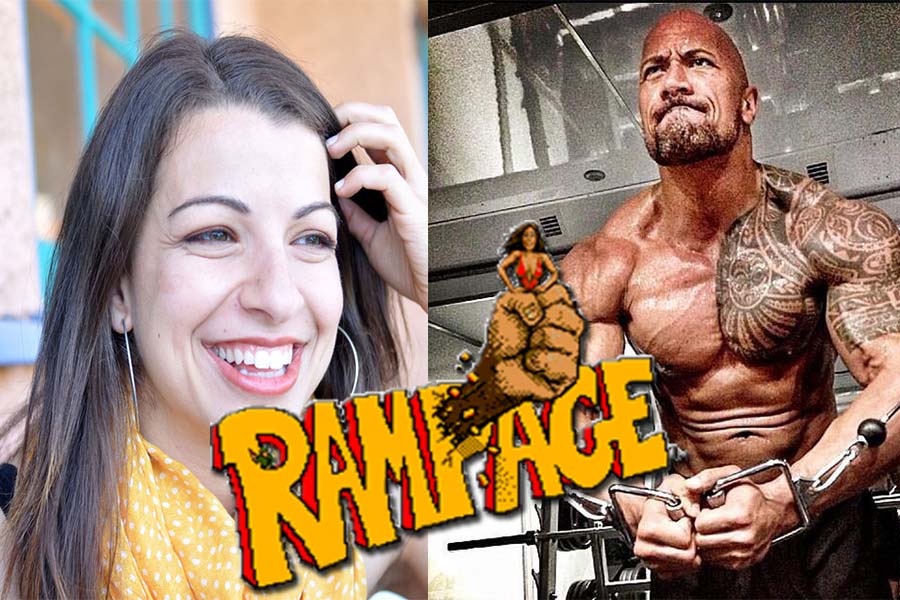