Hello again, VEAGans, new and old. I feel like I should start off this article by introducing myself.

My name is Josh. I am a Video Games Journalist, an Internet Personality, and a Youtuber, and a Instagram Model, and a Vine Star, and a Snapchatter. I have a Snapchat, so it’s included in my profession.

I just ate dinner at Arby’s before I head back into another night shift at my fake job. (Thanks to Arby’s for making this article possible. Check out Arbys.com for more details and Arby’s apparel) My real job is the internet shit I just mentioned above. This is just the job that makes me money so I can pay bills. As I was eating my meat sandwich (pictured below), I realized something that really made me realize something:

I’m just not into video games anymore. They’re a waste. I feel like people put way too much time into them. 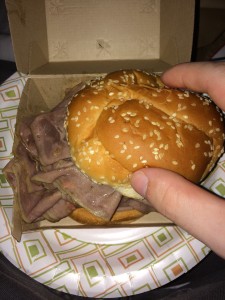 Big shoutout to Arby’s for this delicious meat.
“Arby’s. We Have the Meats #Meatcraft”

I mean, honestly, let’s reflect for a second. I have a friend who’s literally put over a YEAR of his life into Runescape, the free online MMO by Jagex. One year! 325 days! All of that time he could’ve been doing something productive like CREATING ART or making friends, but instead he sat in front of a computer drinking Diet Coke and eating Pop Tarts. All that money he made in Runescape could’ve very well been real money. He was 15 at the time: he could’ve definitely got a full time job somewhere if he wanted to.

Don’t even get me started on FPS games. How many times are you gonna sit there and shoot someone? Who cares about skill and strategy? You’re just fucking pressing buttons! Join the real Army! Or if you’re extra brave, join the Air Force! Shoot someone for real! Like Donald Trump. #KillDonaldTrumpNOW

All I’m saying is, sure, video games are a nice little distraction from real life, but they just suck as an art form. I’m becoming more enamored with the finer arts, like stage plays, books, film, cinema, orchestras, 80’s darkwave. I find so much more fulfillment in those mediums than I do those money sucking DLC machines we call video game consoles or gaming PC’s. 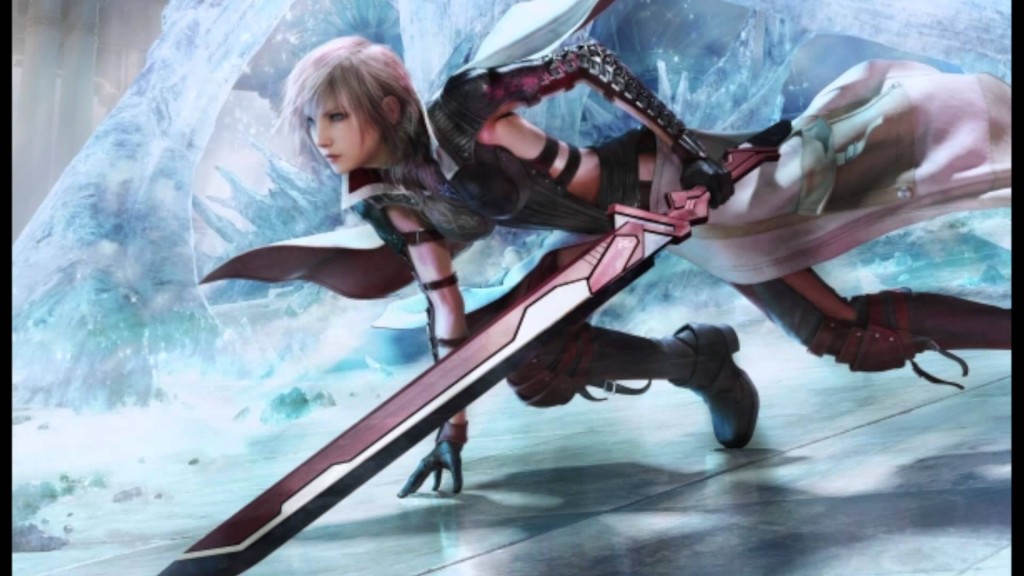 This pic just doesn’t get me off like it used to. Guess gaming is just getting old. Or maybe, I’m growing up.

Basically, I got a fucking life. And not like a joke life from those cool T-shirts that say “Get a Life! Good Thing I’m a Gamer, I have 100 Life!” Nah, I mean like going outside into the real world and giving homeless people money. Offering them jobs. I’m honestly homeless myself, I just live in hotels and bounce around from family member’s houses and friends’ houses on occasion. It’s been a blast so far. I couldn’t imagine settling down to a one bedroom apartment or a studio or whatever and just living off WiFi. I’m so much more enlightened these days. Here’s a photo of the cheese sticks I ate from Arby’s. 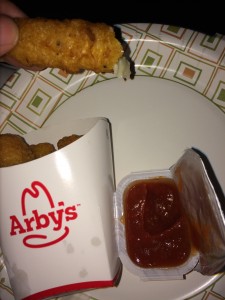 The marinara sauce is a little sweet, but they aren’t the worst cheese sticks I’ve ever had. And at only $2.99, it’s quite the bargain.

Don’t take this article as a write off saying video games are bad. Video games are bad, and this is a write off to video games, but don’t take this article that way. Take it as an inspirational message to young millennials who may be in a boat similar to how I was in a few weeks ago. Start listening to Phil Collins. Watch a film or two from Stanley Kubrick and Paul Thomas Anderson. Masturbate to the girls you talk to at work. If you don’t have a job, just go get one. The video game industry never needed you, so why should you need it? Stop pumping your money into a corporate bullshit pyramid scheme. Start enjoying real art, and if you don’t know where to look, I can recommend a few Tumblr blogs to get you started. I love recommending things to people because I feel like I just cultured someone with my wisdom.

Good luck out there, and for the time being, goodbye.